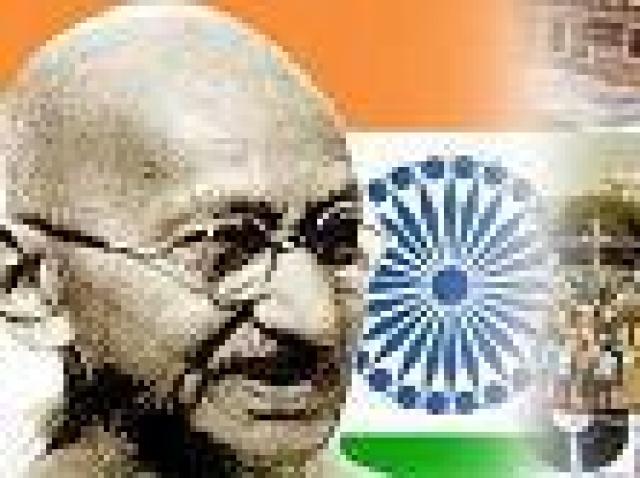 In a message, the Governor recalled Mahatma Gandhi’s signal contributions to the struggle for the achievement of freedom from the colonial yoke, his sustained campaign against social injustice, racism and suppression of the under-privileged sections and his unending pursuit for the establishment of a truly secular and a harmonious society. He described Gandhiji as an apostle of peace and a staunch believer of non-violence whose sacrifices and teachings are indelibly imprinted on the global conscience.

The Governor said that at this juncture, the most befitting tribute to the Father of Nation would be to re-invigorate and strengthen the bonds of communal harmony, brotherhood, amity and secular ethos, which are the essence of Gandhian values and philosophy.

Omar Abdullah reminded the people of the sacrifices and struggle Gandhi Ji spearheaded for creating a society full of values and based on justice. He said the best way to remember Gandhi Ji and pay homage to him is to follow his principals and help to create comfortable society for all to nurture and develop in a democratic and a secular atmosphere.

While interacting with core group of JK Scouts and Guides and various batches of students, Deputy Chief Minister,  Tara Chand today said that high status which has been achieved by Mahatma Gandhi was result of triumph which his strong ideology has established in the world.

The Deputy Chief Minister said that humanity has a universal approach and those people who tried to divide humanity in different compartments of religion, caste and race have always tried to trample the human values and Gandhi Ji stood like a rock during his time to resist such forces of bigotry and communalism.

Tara Chand appreciated Scouts and Guides for their noble role which they have always rendered in the society. He said that the banner which scouts have always raised to protect the environment is one of the noble causes which Gandhi has appreciated in his life time. He advised the Scouts to believe in truth and transparency which will help them to strengthen their moral and build up their personalities.

The Deputy Chief Minister said that in the present world which is fragmented with different contradictions, conflicts and ideology wars have made life of the common people miserable. The intelligentsia and the rational people of the world have started realizing that brotherhood, love and mutual-co-existence is the only way to help in shaping their destiny in a proper and amicable manner.

Calling people to shun violence and follow path of love and mutual coexistence,  Tara Chand said that conflicts have always resulted in disasters while as mutual love has strengthened pillars of humanity. He said that Mahatma Gandhi was a symbol of positive approach of the life, therefore, his philosophy has become universal and people are adopting his ideology to shape their destiny and make themselves symbols of love and brotherhood.

To pay tributes to the Father of Nation Mahatma Gandhi a simple and impressive Function was organized here at Tulsi Bagh today.

The Gandhi Jayanti function was chaired by MLC,  Abdul Gani Vakil and Minister of State for Cooperative, Dr. Manohar Lal Sharma was also present on the function.

He said that Gandhi Ji was a preacher of truth and non-violence and always believed in a simple life adding that, by his commitment to these principles, Bapu Ji proved to the world that freedom can be achieved through path of non-violence.

Abdul Gani Vakil while speaking on the occasion described Gandhi ji as harbinger of peace and a champion of inter religious unity. He said that the Mahatma always worked against the violence and time has come that we follow his teachings adding that, violence cannot give solution to any problem and it is only through dialogue that we can reach to the settlement.

On the occasion,  Vakil appealed separatist leadership to shun violence and come to the table, if they really want a solution to the present crisis  so that the people get rid of the miseries they are facing for the last over three months.

The function was attended among others by legislators,  Naresh Gupta,  Ali Mohammad Bhat,  Vikar Rasool, Faqir Mohammad Khan (Ex-MLA)   and other Congress leaders and prominent citizens.

Bharatiya Janta Party (BJP), , today paid tributes to Father of Nation Mahatma Gandhi on his birth anniversary, which is celebrated  as  Gandhi Jayanti throughout the country.

In this connection, a function under the leadership of  State President Shamsher Singh Manhas was organized where the senior functionaries, office bearers and activists of BJP paid floral tributes to Mohan Dass Karam Chand Gandhi  and remembered his struggle full life and sacrifice for the nation in general and freedom struggle in particular.

Speaking on the occasion, Shamsher Singh Manhas said, “Mahatma Gandhi was the person who helped gain freedom from the British. His faith on truth and non-violence revealed from the fact that his birthday is being celebrated as ‘World Non-Violence Day”.

“He was always open to other religions as well and gave great respect to various religions. His aim was to fight for freedom without any violence and he accomplished that and showed the world that he was a man who preached peace”, Manhas mentioned.

Manhas said that the principles of non-violence and tolerance preached and practiced by Mahatma Gandhi are always relevant to create a society free of all crimes and evils.

“His revolutionary role in freedom struggle of the country from British Imperialism shall always remain popular among the masses“, the State President stated..

Manhas said that it is indeed unfortunate that the whole of the world recognized Gandhiji as apostle of peace and advocated honouring him with the world Peace Award but it has not been done so far.