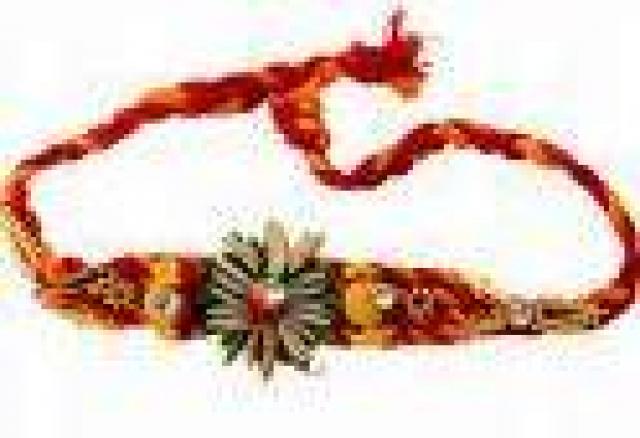 HAPPY RAKSHA BANDHAN TO ALL OUR READERS –GROUNDREPORT/SCOOP NEWS

Sriinagar, August 23 (Scoop News) – The Governor,  N. N. Vohra, has greeted the people on the auspicious occasion of Raksha Bandhan hoping that this festival would usher a new era of peace, amity, harmony, progress and prosperity in the State.

In his message of felicitations, the Governor said that Raksha Bandhan is a unique feature of ’s cultural ethos, symbolizing the special bonds between brothers and sisters. He said that this festival has a special significance in the State as on this day the annual Shri Amarnathji Yatra concludes and devotees in large numbers pay their obeisance at the Shrine on Shravana Purnima.

The Governor prayed for the well being of the people of the State.

Chief Minister Omar Abdullah has felicitated people of the State on the occasion of Raksha Bandhan. Describing it a unique festival of expressing love between brothers and sisters.

In a greeting message issued here today, the Chief Minister prayed for the peace and development of the State and well being of its people. He expressed the hope that the day will harbinger for peace and prosperity of the State.

On this auspicious occasion, sisters pray to God for the safety of her brother and ties a rakhi or a holy thread on his wrist. She also presents sweets to her brother which is specially prepared for him. The Brother accepts the gesture and he also promises to protect her and gives gift like jewelery, saree, accessories and cash to his lovely sister. It is not necessary that sister ties only to her blood brother; she can tie the rakhi to her cousin or a good friend.