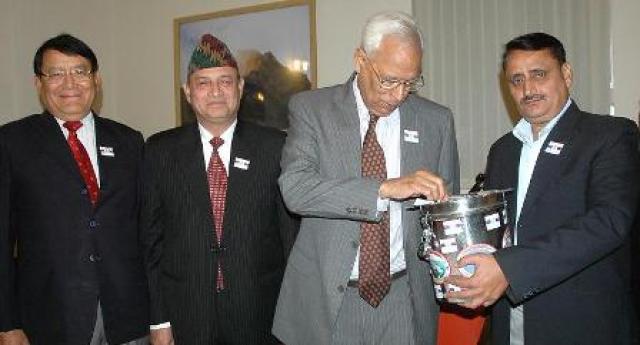 Jammu, December 08 (Vijay Kumar) – The Governor of J&K , N. N. Vohra lauded the role of the Armed Forces, during war and in peace, in the State and said that the sacrifices offered by them bear testimony to their heroism, devotion and dedication to the duties assigned to them. He mentioned that during their valiant service to the nation, many attained martyrdom and suffered serious physical disabilities, emphasizing that the rehabilitation and resettlement of these personnel and their families is the society’s sacred obligation. He said that this day is a solemn occasion to express our gratitude and solidarity with them and their families.

The Governor said this while launching the Fund collection drive by himself contributing towards the Fund at a function held at Raj Bhavan in . He has  fervently appealed to the people to donate generously towards the Armed Forces Flag Day Fund.