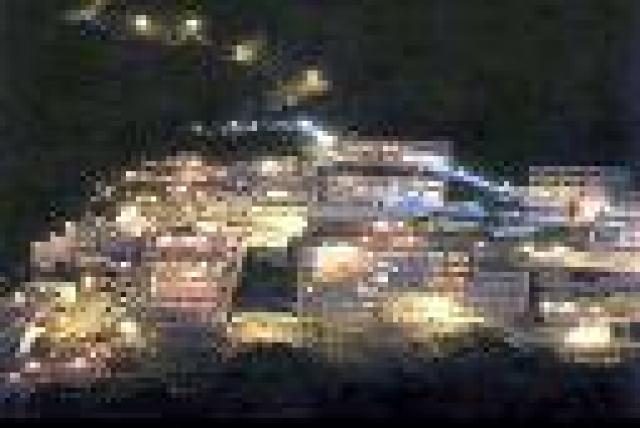 Over 13.14 lakh pilgrims had darshan of the during the first three months this year

The Governor had darshan of the sanctum sanctorum and performed pooja. He prayed for brotherhood, communal harmony, peace, progress and prosperity in the State.

The Governor, who is also the Chairman, Shri Mata Vaishno Devi Shrine Board (SMVDSB), offered puran ahuti at the Chhat Chandi Maha Yagya, performed during the Navratras, for world peace. The Maha Yagya concluded today.

The Governor took stock of the various development works under execution and discussed measures for further development of the Shrine area to provide more facilities to the visiting pilgrims.

The Governor issued instructions for immediately replacing the CGI sheets of rain and shelter sheds from Sanjichhat to the Bhawan, wherever required, besides repainting of iron grills and poles, enroute. He also asked for replacing the sodium vapour lights with energy saving bulbs.

The Governor gave instructions for planting 5,000 saplings of fast growing species of flower plants all along the track. Likewise, he directed that time-bound action should be taken for improvement of drains and relaying of tiles on the track from Sanjichhat to the Bhawan and discussed modalities for construction of a residential block in the Shrine area. He also visited Bhaint Shop, Waiting Hall and the under-renovation Bhojanalaya.

The Governor also emphasized the need for raising of Vatikas on the alternate track from Adhkunwari to the Bhawan for further improving the aesthetics and ambience of this route.

The Governor was apprised by Mr. Dwivedi that over 13.14 lakh pilgrims had darshan of the Holy Cave Shrine of Shri Mata Vaishno Devi during the first three months of this year, which is 1.60 lakh pilgrims more as compared to the corresponding period last year.  He said that during the Holy Navratras this year, as many as 1,65,449 Yatris paid obeisance at the sanctum sanctorum. He also gave details of the facilities being provided by the Shrine Board to the Yatris during their pilgrimage.