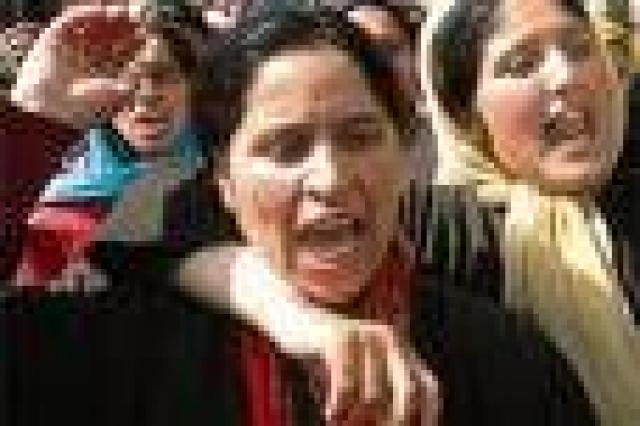 The Government of Jammu and Kashmir  appointed a Commission of Inquiry consisting of Mr. Justice (retired) Muzaffer Jan to enquire into the causes and circumstances which led to the death of Mrs. Neelofar Jan and Ms. Asiya Jan on the intervening night of May 29 and 30, 2009 at Bongam, Shopian and recovery of their dead bodies from Ranbi Ara Nallah, Shopian.

According to a notification issued by the Home Department here today, the Commission shall ascertain whether there has been any foul play in their death and if so, identify the person/persons responsible.

The Commission will perform all other functions necessary for holding of inquiry and submit its report to the Government within a period of one month from the date of issuance of the notification.

The Commission of Inquiry will also ascertain whether there was any failure on the part of any department in the government in the conduct of any investigation or handling of the post-incident situation.

The Inquiry Commission, appointed in exercise of powers conferred by Section 3 of the J&K Commission of Inquiry Act, shall recommend action as deemed necessary against the person/persons involved/responsible and suggest action as may be necessary to ensure non-repetition of such incidents.

The government has further directed that the provisions of sub-section 2, 3, 4, 5 and 6 of Section 5 of Commission of Inquiry Act shall be applicable to the Commission.

Terming the Shopian incident as unfortunate, the J & K Chief Minister omar Abdulla said his government has acted to ascertain facts wherever use of excessive force has been alleged. Citing incident of Bomai in which the government ordered a time-bound enquiry, the Chief Minister said if the enquiry commission in the Shopian case establishes that the two women have been raped and murdered, the persons responsible will receive severest punishment.

“This is not an open-ended probe. Though Justice Jan asked for one month to submit report, I requested him to complete his probe in lesser time”, the Chief Minister said, urging people to give time to his government to establish truth in the matter.

Giving details about the decision to institute judicial enquiry to probe the matter, the Chief Minister said this was done to reaffirm the resolve of the government not to hide anything and be transparent in such matters. He said the terms of reference will be given to the Commission which will investigate the incident in one month and the government will act on the report submitted by Justice Jan. “Please allow us to reach the truth”, he asked people and the media and urged them not to jump to conclusion.

The Chief Minister said he will not shy away from exhuming the bodies of the deceased women to establish the truth, if the Inquiry Commission so felt. “In order to reach the bottom of the case, I will order exhumation of the bodies of the two women and fresh autopsy by an independent panel comprising doctors from any part of the country”, the Chief Minister maintained.

Asking media persons not to look for knee-jerk reactions in such sensitive cases, the Chief Minister pointed out to one English news channel which was running a ticker captioned – “Bandh call against rape and murder of two women by security forces”. He said he at least expected the channel to use word “alleged”, since nobody knows the circumstances that led to the death of the two women.