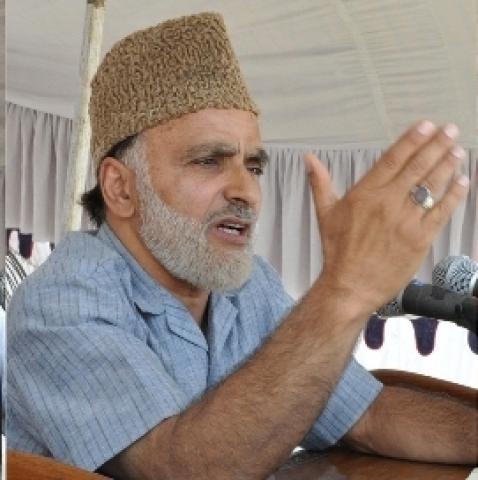 Srinagar, November 02 (Scoop News) –   Dispelling the doubts being created by certain vested interests regarding the empowerment of Panchayati Raj Institutions (PRIs), Minister for Rural Development, Panchayati Raj, Law Justice and Parliamentary Affairs,  Ali Mohammad Sagar has said that the Government is committed to put in place a three tier system of Panchayati Raj to ensure democratic decentralization of power.

The Minister was addressing one day convention of Panchs and Sarpanchs of Rajouri district during his extensive tour to the district.

Terming the holding of Panchayati elections and putting in place empowered PRIs as a milestone in the political history of the State, the Minister said that the Government has ensured its implementation by empowering Panchs and Sarpanchs with powers of 14 vital departments and nominating Additional District Development Commissioner as Nodal Officer for ensuring the same and the officers as well as officials  have been asked to adhere strictly to this iniative.

‘’The Panchs and Sarpanchs should be taken on board while formulating and implementing various welfare programmes of their respective areas to ensure proper and sustained development of these areas’’, he said and maintained that the Panchayati Raj representatives are part of governance and they should utilize their powers in a proper manner and work in synergy with officers of different departments.

Referring to the Government’s initiative of creating infrastructural assets of Panchayats,  Sagar said that an amount of Rs. 20 lakh has been earmarked for the construction of Panchayat Ghars in every Panchayat and orders have already been passed down the line to ensure that the cpmstrictopm pf {amcjauat Ghars within the shortest span of time for the day to day functioning of PRIs.

Sagar said that certain parties are trying to mislead the people for their petty political interests and people are well aware of the facts that the Government led by  Omar Abdullah believes in sustained action and has ensured overall development of the State by initiating several landmark developmental programmes and schemes. He said in order to make the administration accountable to the people at all levels Acts like Right to Information, Public Services Guarantee Act have been legislated by which accountability and transparency has been ensured.

While enroute the Mughal road, the Minister met several deputations of Panchs and Sarpanchs at Dera Ki Gali and assured them that the Government is committed to put in place three tier system of Panchayati Raj. At Bufliaz, the Minister while responding to the local demands directed officers to construct a sanitation mart under Nirmal Bharat Programme (TSC) within two months for the convenience of the people.

Sagar also inspected the pace of work being undertaken on the Model Village at an estimated cost of Rs. 3 crore at Sharda Sharief, Rajouri and asked the concerned to complete it within the stipulated time frame. Responding to the public demand regarding the construction of a Guest House at Sharda Sharief for the convenience of the devotees, the Minister directed the officers to identify the land for taking up the construction of the same.