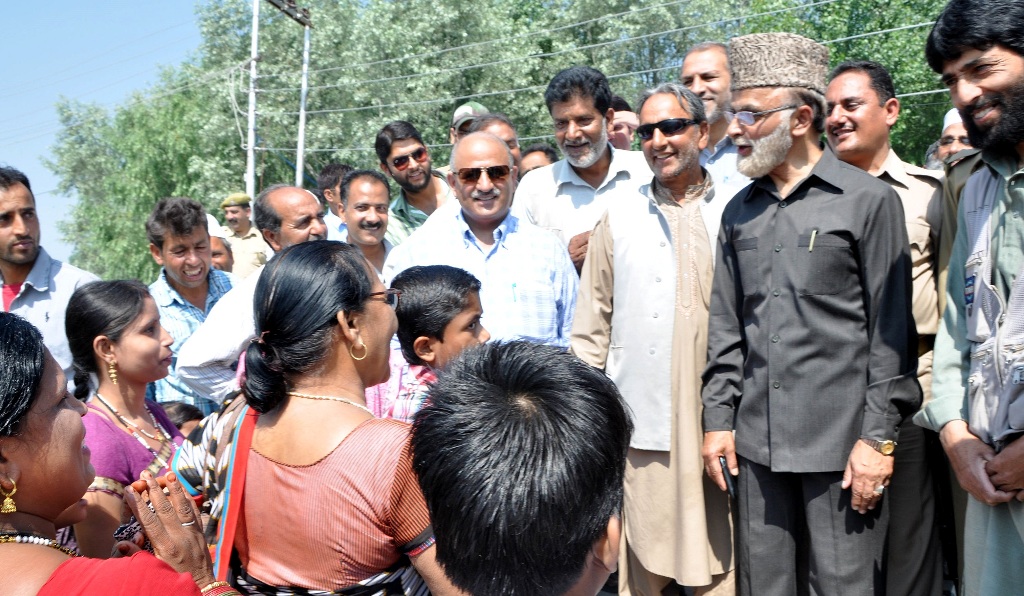 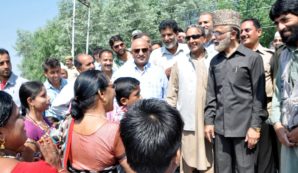 Srinagar, June 22(Scoop News)-Minister for rural Development and Panchayati Raj, Ali Mohammad Sagar today conducted an extensive tour of the Srinagar city and took stock of the development works being undertaken by the Government for ensuring sustain development of the City.
He was accompanied by senior officers of different departments like PHE, PDD, R&B, LAWDA and other senior officers of different departments.
The minister while interacting with people of different localities said that the government has already initiated several flagship programmes for ensuring the sustained development of the Srinagar city. He said that a comprehensive plan has already been initiated for developing it on heritage pattern so that the historic city comes up on the tourist map, which would go a long way in boosting the economic and tourist related activities in the area.
Appealing the people not to pay heed to the divisive propaganda of different political parties, the minister said they these forces were responsible for dividing the people on the basis of region and area and the present government headed by Omar Abdullah has ensured sustained development of all the areas of the state. He said that the people should also cooperate with the government in ensuring the peaceful environment so that the pace of development works does not get hampered. “Peace and development are interrelated and we should understand the importance of peace in carrying out various developmental works and it is because of the peaceful environs, the people are reaping its dividends”, he added.
The Minister also announced 15 lakh out of his constituency development fund for augmentation of water supplies and street lights for the different areas of Dal like Guddi Mohalla, Rishi Mohalla, Aabinowpora and Miskin Bagh. He also appealed the people to contribute their bit in maintaining the fragile environmental issues of the area and said that the government is concerned for addressing the ecological concern of the area and people should also contribute their bit in implementation of various developmental and welfare schemes.