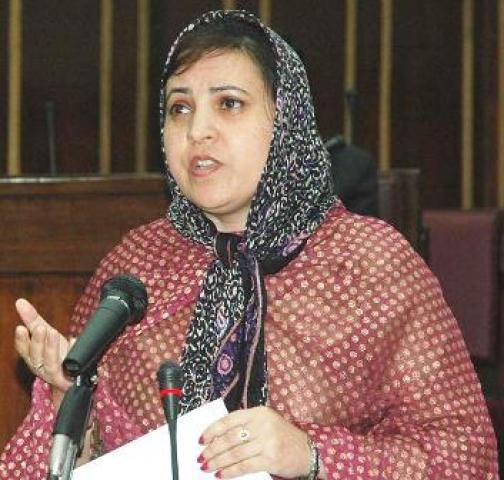 In reply to a joint question by  M. Y. Taing and Syed Mohammad Rafiq Shah, the Minister said that the objective of the council is to provide financial assistance for the physical, psychological and economical rehabilitation of the victims of militancy in the State with special focus on widows, orphans, handicapped and the aged persons whose bread winner is killed or incapacitated as a result of militancy.

She said that Rehabilitation Council provides monthly pension of Rs.750 to widows of civilians killed in militancy besides people rendered disabled and Rs.500 p.m. to old aged parents who have lost their bread earners. She said under the scheme Rs.10, 000 is also being provided as marriage assistance to the civilian widows and grown up daughters.

The Minister said that National Foundation for Communal Harmony, is also providing scholarship to orphans of civilian killed in militancy upto the age of 18 years @ Rs.750 p.m. in rural areas and Rs.800 p.m. in class A and B cities extendable to 21 years in exceptional cases. She said children undergoing professional courses are provided Rs.150 p.m. in addition to assistance for general education.

She said the Social Welfare Department through Rehabilitation Council is providing financial assistance to 3826 widows, 2019 old persons, 622 handicapped and disabled persons of the State.

The Minister said that district level committees are responsible for identification of beneficiaries and passing on the benefits to them after completion of formalities.

Ms Sakina itoo today also informed Legislative Council that the Jammu and Kashmir State Backward Classes Commission is empowered to examine the requests for inclusion any class of citizens, in the list of socially and educationally backward areas, which includes residents of areas living adjoining the Actual Line of Control (ALC).

Replying to a question raised by  Jehangir Hussain, the Minister said that the inclusion of Poonch in the category of ALC is still under examination of the Commission.

She said as soon as the recommendation in this behalf is received from the Commission, further action shall be taken accordingly.

In reply to another questions by  Ravinder Sharma, the Minister said that 20571 workers are registered under Contributory Social Security scheme from 2004-05 upto 2009-10 in the State.

The Minister said that during last financial year, 1362 old age and widows and 1347 physically handicapped pension cases of Rajouri district have been sanctioned under Integrated Social Security Scheme. She said that under Indira Gandhi National Old age Pension Scheme, 7144 cases of the district have been sanctioned during the last financial year, adding that 3633 pension cases of deserving persons of Rajouri district are pending till January 2010.

Filed under: Media & Tech, World
Share Tweet Pin G Plus Email
previous article: State Bank of India committed to the well being of the people of J&K state in general:OP Bhat
next article: Scholes makes it 100 in Utd colors v Hull City