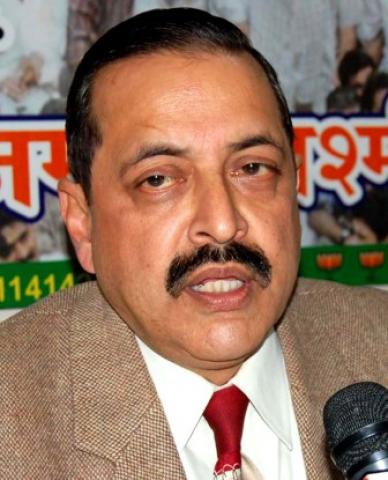 Jammu, January 12(Scoop News) –Accusing the Congres-led UPA government of being responsible for encouraging Hurriyat Conference’s anti-India tirade not only on Indian soil but also in Pakistan, BJP National Executive Member Dr. Jitendra Singh said here today that this is a unique example in the whole world where a government itself facilitates foreign tour by secessionists and seditionists so that they can hobnob with anti-India elements abroad to wage a war against the republic of India.

Taking serious exception to the meetings held in by Mirwaiz  Umar Farooq-led Hurriyat delegation with LeT chief Hafiz Mohd. Saeed, Hizbul chief Sayed Salah-ud-Din and senior functionaries of Pakistan ISI, Dr. Jitendra Singh said it is strange that though while issuing visa to even ordinary citizens the passport authorities and the External Affairs Ministry make extensive inquiries to ascertain the purpose of foreign visit, in case of the Hurriyat delegation why the visa was issued without ascertaining the exact motive of the visit to Pakistan and why no terms and conditions were laid down knowing very well the credentials and anti-India leanings of these leaders. On the other hand,even as normally the process of issuing foreign visa to common citizens takes several months, a negative signal was conveyed  by issuing the travel documents to Hurriyat delegation on a fast track by the Indian Foreign Office as if Pakistan visit by these leaders was extremely urgent and of great national importance to India,he added.

Dr. Jitendra Singh said that this is a matter of grave security concern particularly in the backdrop of  recent incidents of cross firing along LoC and beheading of Indian soldiers for which the Hurriyat leaders’ unchecked mechinations have acted as a catalyst. Things have come to such a pass that Hurriyat leaders are feeling emboldened to echo Hafiz Saeed’s threat of a Jihadi war in , he warned.

Dr. Jitendra Singh demanded immediate prosecution of all the members of the Hurriyat team which indulged in anti-India activism in Pakistan and asked the Congress-led UPA government to explain why such a militant-friendly secessionist organization should  not be immediately banned even as Govt of India is  unleashing all kind of terror on nationalist pro-India organizations as well as nationalist political parties and nationalist activists are being booked for false cases.