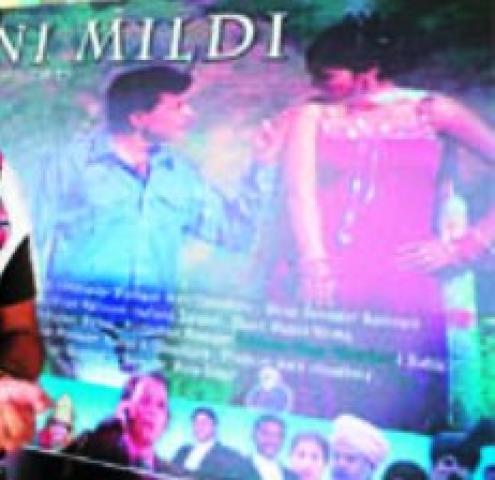 , November, 17 (Scoop News) – In a bid to promote Dogri language and encourage regional film makers, the Government has ordered to exempt exhibition of the Film “Maa Ni Mildi” from payment of duty leviable under Entertainments Duty Act, 1959.

This was a long pending demand of regional film makers and producers which has been fulfilled due to the earnest efforts of Minister of State for Cooperative Dr. Manohar Lal Sharma who took keen interest in sorting out the matter.

The Government took this significant decision so that the people of the State particularly youth of Jammu province could watch dogri film and the regional film makers and producers be encouraged to contribute in the field through their talent and help showcase rich heritage and culture of Jammu and Kashmir to the world. The decision will enthuse the budding artists of the state to step into the field and ensure new dimensions to the regional talent.

It is worthwhile to mention here that this dogri film has been produced by son of the Soil  Amit Choudhary who has himself played a leading role in the production. He has also produced various films in other regional languages Bhojpuri and played different roles in TV Serial like Kum Kum, Kesar, Kusam and Kavyanjali.

Extending best wishes to the actors and producers of the State, the Minister expressed hope that a large number of people especially youth will watch this dogri film and understand the significance of this sweet language which is the most viable medium to promote the culture and heritage of our State.

Filed under: Media & Tech, World
Share Tweet Pin G Plus Email
previous article: Where are the Dreamers of people’s rule in India?
next article: Red Ribbon Express at Udhampur for AIDS awareness