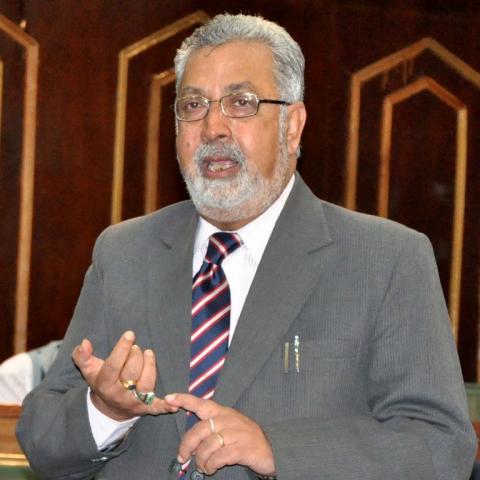 , March 13 (Scoop News) –The Government has received Rs. 480.61 crore as royalty of water usage charges from NHPC for running of Salal, Uri, Dulhasti and Sewa II hydro electric projects against Rs. 543.761 crore till ending the December 2011, Minister for PHE, Irrigation and Flood Control  Taj Mohi-ud-Din informed the House today.  He said the percentage of State employees working in the projects executed by NHPC is about 67 %, adding that out of 3250 employees working in NHPC projects, 2192 employees belong to .

Reply to a question of M. Y. Tarigami raised by Ch. Mohammad Ramzan on his behalf in the Legislative Assembly here today.  Taj said that the Cabinet has accepted the recommendations of the Cabinet Sub Committee for transfer of Salal and Uri Projects to the State. He said for transfer of Salal Hydro electric project, the Government shall secure its interest at least in terms of those components which were part of the national policy at that time and which were agreed by the Central Government.

The Minister said that law department is examining as how to proceed in respect of our claim for Rs. 2350.85 crore from NHPC on account of suffered losses in acceptance of any agreement to this effect.

The Minister said as regards for taking over of Salal and Uri Hydro electric projects, the State Power Development Corporation has been authorized to work out the present cost of these projects on the basis of the internationally accepted norms prevailing in the industry which can form the basis for further negotiation with the Centre.

The Minister said that the Rangarajan Committee has only recommended transfer of Dulhasti Power Project to the State. He said the Government has constituted a cabinet sub-committee to look into the various issues arising from the terms and conditions of entrustment of the hydro electric projects to the NHPC in the State. He said in absence of any bipartite agreement, the case has been examined as to how the State Government would pursue its case for return of the project back to the State Government in consultation with law department.

The Minister said that upto December 2011 an amount of Rs. 679.48 crore have been released by the Centre for upgradation of power infrastructure in the State under RGGVY, against which Rs. 562.74 crore have been utilized for the purpose during said period.

The Minister said that for restructuring of Power Development Department the Government has already engaged the services of consultant M/S Price water House cooper.

He said the Government has in principle agreed to regularize the service of PDL/TDL against the available class IV vacancies under the provision of PDD (Subordinate) Service Recruitment rules of 1981 subject to certain conditionality. He said SPDC also engaged consultancy of M/S Earnest and Young for restructuring JKSPDC of the Corporation. He said the consultancy has submitted its recommendations which are under examination of the corporation.