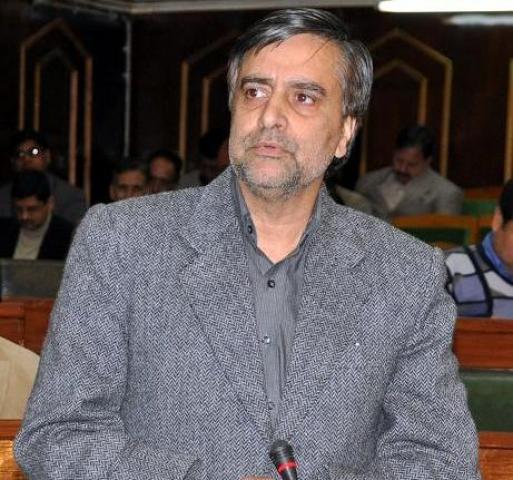 , March 8 (Scoop News) –  J&K Minister for Forests and Environment, Mian Altaf has said that Government would examine whether ecological balance gets affected by erecting of mobile towers in forest areas.

This was stated by the Minister while replying to the supplementaries raised by various legislators on a question of  Mohammad Sharief Niaz today in the Legislative Assembly.

The Minister said that nowadays mobile facility has become important source of communication in urban as well as rural areas and erection of mobile towers through various forest areas has become a necessity.

However, he assured that necessary forest clearance for erection of mobile towers in far-flung and hilly areas like Kishtwar, Gurez and Banihal would be given only after a thorough examination by the experts.

Replying to the main question, the Minister said that generally the telecom service providers enter into agreement with land owners for erection of towers where they have to seek permission from the concerned departments like forests, Municipal authorities and deputy Commissioner concerned.

The Minister said that forest clearance to different mobile companies is accorded under (Conservation Act), 1997 if such towers are to be installed on forest land for providing communication facility to the public.

He said similarly, the proposal of diversion in respect of protected areas of wildlife department are cleared by strictly following the procedures as per J&K, Forest Conservation Act 1997, J&K State and Wildlife Protection Act 2002 and as per the orders of Supreme Court.

The Minister said that it is a fact that towers have been installed on a large scale by different cellular companies in the State. He, however, said that there is no established of adverse impact of the towers on the ecology, adding that studies research at national level are going on in the matter.