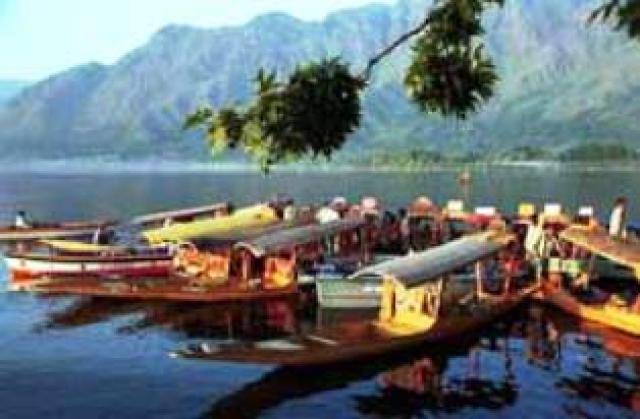 ,India, May 03 (Scoop News) – government’s continuous and concerted efforts to restore the glory of , the visiting tourists, pro-environment personalities and citizens of have appreciated the positive result which lake is showing this year.

According to official spokesman,The instructions of Deputy Chief Minister Tara Chand have put all men and machinery in action round the clock which has helped to clean major portion of the .

Tara Chand has made protection of as a priority task of his ministry. He has succeeded in receiving sufficient funds for the purpose and work of Rakh Arth where desperate Dal dwellers will be settled was also taken up with full vigour. The Vice Chairman LAWDA has been personally monitoring Dal maintenance and Dal cleaning work under the instructions of Deputy Chief Minister.

The red algae which was emerging every year in the month of April and covering the prime portion of water body around Dal and Nigeen has not been allowed to re-emerge this year. This is being considered the practical and evident success of the best leadership provided by the Deputy Chief Minister and by the department and honest implementation of all the schemes by the concerned department. Introduction of sophisticated machinery have also proved a big success.

The development of beautiful parks around the lake on the foreshore side and growth of beautiful plantation has not only extended Boulevard upto Nigeen but the grandeur of lake has also been enhanced.

The boundary wall which was only upto Centaur hotel during 1960 has further been extended upto Nishat Ishber which has helped to make this road more elegant.

The renovation of the Boulevard upto Nishat has become more attractive for visiting tourists.

Last year, under the instructions of Deputy Chief Minister and a full cooperation of people of Nigeen, active participation of Srinagar Municipal Corporation, Massive polythene cleaning drive was conducted in . The students of , thousands of J&K Scouts and Guides, prominent respectable citizen association with NELCO joined that mega drive in which 38 trucks of polythene were removed from the . That drive has helped in making spring alive and at present Nigeen lake is glittering and has attained back its own original glory.

The eco friendly bodies, scouts, citizens and persons who have love with environment of Kashmir have full faith that the Deputy Chief Minister will with his pro environmental approach succeed not only shaping the town and cities of the valley but safe guard and protect our such valuable places which are known throughout the world for their heritage importance.