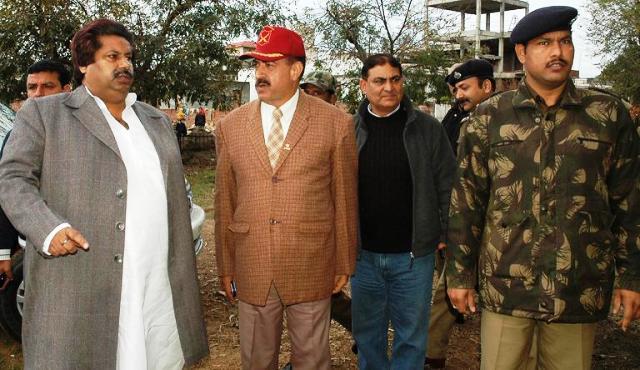 , February 16 (Scoop News) –  Minister for Revenue, Relief and Rehabilitation,  Raman Bhalla today asked the people not to encroach Government land adding that Revenue Department has asked Divisional Commissioners and Deputy Commissioners to identify the land grabbers and take stern action against them. He said instructions were issued to revenue staff to stop giving ownership rights of ‘Gair Mumkin Khuds’, which were the main source of encroachments by the professional land grabbers. He asked the land grabbers to vacate land voluntarily, other were face action under Public Safety Act.

Interacting with the people at Channi in ,Bhalla sought cooperation of the people in implementing the development programmes on ground level adding that coalition Government is committed to provide durable assets to the people across the State.

Bhalla said the Government is planning to develop a recreational park on available 12 kanals of land at Sector-5 in Channi Himmat on modern lines.

During his visit at the proposed site, the Minister asked the accompanying DIG CRPF Brig. Prahalad Singh to remove temporary huts from the spot so that the development works for the park could be started soon for the benefit of locals. Brig. Prahalad Singh gave assurance to the Minister that the utilized land will be vacated well before starting of development works for the recreational park.

The Minister informed Government has earmarked Rs. 15 lakh for establishment of Laboratory and examination hall at and Rs. 50 lakh for construction of mini stadium on the proposed site at Channi Himmat adding that on the completion of ongoing works, the long pending demand of the local would be fulfilled.

Bhalla informed, the work on 950 meter long deep drain and 400 meter long lane at Tower Hill Colony in Guru Teg Bahadur Singh Nagar at Channi Himmat is under execution for which Rs. 19.50 lakh has been sanctioned. He said Rs. 12 lakh Public Convenience near Channi Himmat Matador stand, designed and executed by Economic and Reconstruction agency also dedicated to the local people. He said various parks have been developed on modern lines in Channi area for attraction of tourist and locals, besides various tube wells and over head tanks have been constructed to overcome the problem of water scarcity.

Regarding regularization of 1500 kanals of land under Khasra No. 331 and 332,  Bhalla asked the beneficiaries to approach the Housing Board authorities and fulfill all the required formalities under the department norms so that the ownership rights could be given to the inhabitants of the colony.