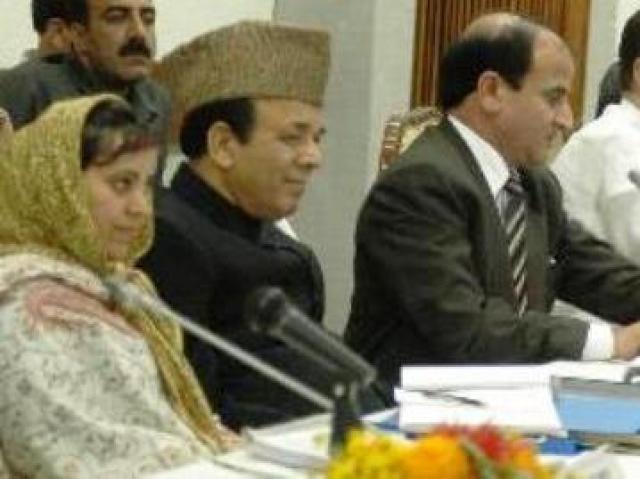 Srinagar, September 14, (Vijay Kumar) –Jammu & Kashmir’s lone  woman Minister for Social Welfare, Ms. Sakina Itoo said that present government is people’s government and we all are the servants of the people as we get salaries for the purpose and we have to work for the overall welfare of the people with honestly and dedication which he said is imperative for making J&K a model state of the country.

Sakina said that government has initiated numerous innovative steps for streamlining the functioning of the welfare departments and corporations for socio-economic transformation of the people living below the poverty line. She said that upliftment of Gujjar, Bakerwals  and Pahari people is top priority of the government adding that various reformative and exemplary steps have been taken in Social Welfare department to deliver good services to these people.

This was stated by the Minister on Monday while taking a meeting with the officers of Social Welfare department, Gujjar-Bakerwal and Pahari Welfare Board,in .

The Minister called upon the concerned authorities to ensure timely implementation and utilization of funds on execution of developmental works and welfare schemes so that the benefits percolate to the deserving communities well in time.Sakina Itoo directed the officers to work with missionary spirit with close coordination and make it mandatory that the government exchequer should be utilized judiciously for the welfare of the weaker sections of the society.

Sakina reviewed district wise physical and financial achievements registered by the district board for up-liftment of these communities. She exhorted upon the district officers that targets fixed for various schemes should be achieved well in time and cautioned that lapses in this regard would not be tolerated and action against defaulting officers would be taken at once. She said that she would herself made surprise visit on developmental sites and welfare centers to check the working scenario of functionaries and added that if anybody of the Boards or the Department found in hanky panky action him/her would be taken up even it be termination from service.

Speaking on the occasion, the Minister said that government has initiated numerous innovative steps for streamlining the functioning of the welfare departments and corporations for socio-economic transformation of the people living below the poverty line.

The Minister said that State Government has enhanced share capital of JKWDC from Rs. 5 crore to Rs. 10 crore for covering more and more Women folk of weaker section to earn their livelihood by setting up of their own generating units.

Filed under: Media & Tech, World
Share Tweet Pin G Plus Email
previous article: IS MULLAH FAZALULLAH UNDER ARREST?
next article: Chinese Schoolgirl: I Want To Be “Corrupt Official” When I Grow Up