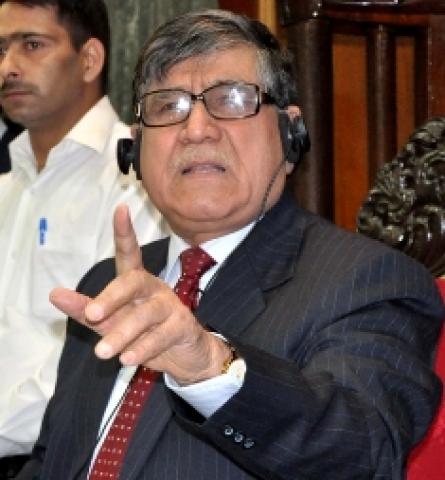 Speaking on the occasion, Mr. Lone gave a detailed account of the Business Transected during 27 days long session of the House and thanked media, Information Department, Assembly Secretariat, Chief Secretary and other administrative secretaries and concerned departments for their cooperation in transecting business of the House smoothly.

Mr. Lone said out of 84 of resolutions received by the Assembly Secretariat, 65 were admitted, 14 Bills balloted for being taken up and 6 were taken up in the House. He said the Secretariat received 2240 cut motions out of which 1918 were listed and 322 disallowed.

He said a total of 145.40 hours were consumed for transaction of the Business during the entire Budget Session 2012-13.