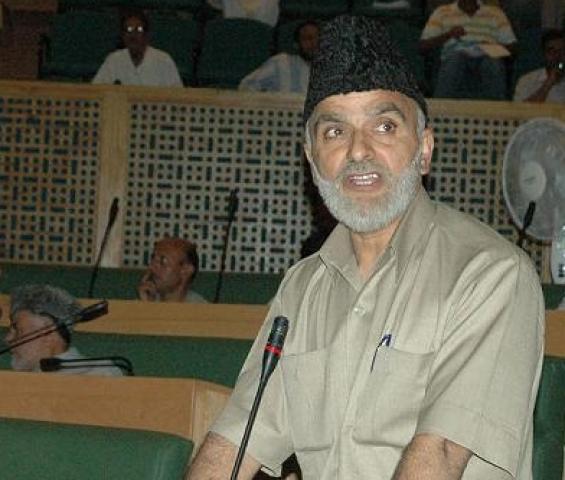 Jammu, April 09 (Scoop News) –  Describing the Bill on Inter District Recruitment passed by the State Legislature today as a landmark legislation, the Minister for Law and Parliamentary Affairs,  Ali Mohammad Sagar said that it has been framed keeping in view the interests of every section of society and region.

The Minister was addressing a Press Conference after the Bill was passed in both the Houses of Legislature.

The Minister said that the Bill would go a long way in clearing the apprehensions of the people and would serve as a befitting reply to the forces bent on creating division between different sections and regions of the State.

Sagar said that the Bill has been framed by a Select Committee which, comprised members from every political party and the amendments were incorporated in the same after a threadbare discussion among the Committee Members. He said that the people of the State are aware that National Conference has always stood for promoting and propagating the cause of the people of the State and defeating the forces which are inimical to the secular fabric of this State.

The Minister said that a need for the introduction of the Bill arose after there were complaints from different areas of the State that their interests are not being protected. He said that afterwards a Select Committee was formed which submitted its recommendations and accordingly the Bill was put to vote in the both Houses of Legislature and was passed.

Earlier the Legislative Assembly today passed L. A. Bill No. 1 of 2009 providing for equitable opportunities of employment in the Civil Services in the State, keeping in view its complex socio-economical and geographical/topographical/linguistic/security concerns and matters connected therewith and incidental thereto with an amendment. The Bill was introduced by the Minister for Law and Parliamentary Affairs,  Ali Mohammad Sagar on April 5, 2010. Simultaneously, the Government sought some amendments in the Bill with regard to provision of 8 per cent reservation for the Scheduled Caste (SC) candidates in recruitments at district and divisional levels.