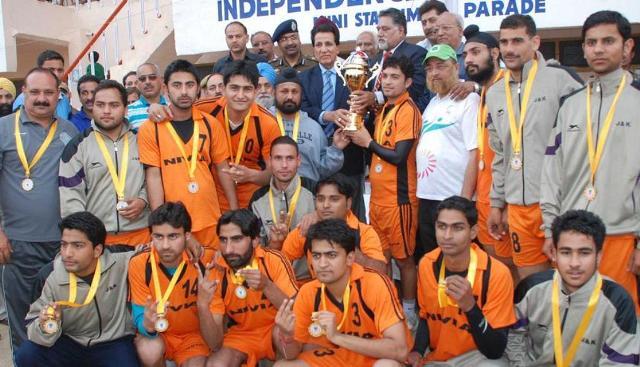 , March 17 (Scoop News) – The J&K men team won the Gold Medal while girls team took bronze medal in the 16th North Zone (Men and Women) Handball Championship which was organised by Handball Association in a tournament that concluded here at Mini Stadium today.

Among others, Inspector General of Police . Dilbag Singh, President, J&K Handball Association . S M Bali, officers from Sports, Police, and representatives from various sports association, players and a large number of people were present on the occasion.

The J&K team won the final match defeating team by 31-30 goals in the keenly-contested match. Medals/trophies and prizes were also distributed among the winner and runner up players.

Speaking on the occasion, the Minister congratulated the J&K team for wining the tournament. He said that efforts have been made by the government to encourage and boost the morale of the players by providing them services under sports category besides upgrading infrastructural facilities of various play grounds/stada of the State. He stressed for providing sports infrastructure facilities to rural areas also.