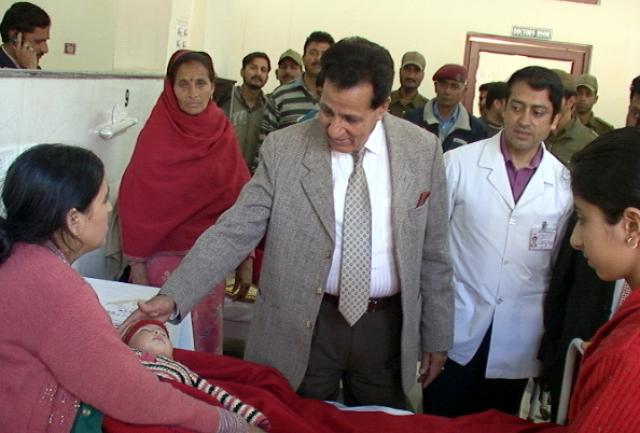 The Minister was speaking at a 2-day workshop organized by Department of Pediatric , Sri Maharaja Gulab Singh hospital in collaboration with Indian Academy of Pediatrics, City branch Jammu.

The workshop on Neonatal Ventilation (NV) aimed to   acquaint the   Pediatricians posted in associated hospitals and far-off areas of the State about the techniques in dealing with the breathing problems among the newborns through the ventilator.

Saying that Neonatal Ventilation and Continuous Positive Airway Pressure (CPAP) is a life saving modality, the Minister said that every pediatrician should be well acquainted with technique of providing timely and appropriate  ventilation support to newborns  who have breathing problems due to certain reasons.

The Minister said science is advancing very fast in every sphere of life but it has achieved new heights in medical education by inventing new apparatus and life saving drugs. He said the medical education has succeeded in controlling various mortal diseases and many of these some of them have been eradicated completely.

Spelling out on present research data on breathing problem in neonatal, Prof. Chib said about 27 million babies are born in our country, adding out of them 1 million die  in the first 4 weeks of their birth. He said inhalation problems contribute both in mortality and morbidity rates.

Prof. Chib appreciated the department for organizing the workshop and hoped that the deliberations   would add to the knowledge of the participants.  Head of Department, Department of Pediatrics and President IAP, City Branch Jammu Dr. Rekha Harish said the department has trained four batches of medicos and para-medicos from province in the subject.  She said the department was catering annually 20,000 newborns delivered in the hospital, besides those referred from the peripheral and outside the state hospitals.