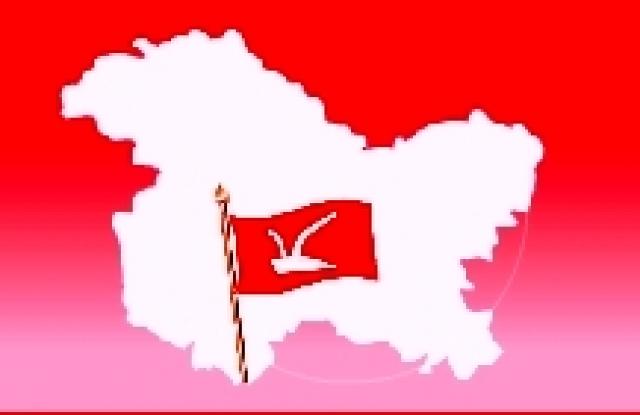 Jammu, February 19 (Scoop News) – -Minister for Rural Development and Panchayati Raj  Ali Mohammed Sagar on Tuesday spelt out the larger role of National Conference in steering Jammu and Kashmir to peace and progress as also assuaging the political aspirations of the people.

Addressing a large gathering, including party workers, at Sher-i-Kashmir Bhavan here this afternoon, the Minister urged the people to play their crucial and useful role in achieving this cherished agenda.

The interaction is part of initiative taken by the Chief Minister Omar Abdullah to keep available his party Ministers at the National Conference headquarters to address the problems of people.

The Minister referred to the challenges facing and said the sagacious leadership provided by Chief Minister Omar Abdullah during most testing times has enabled the State to overcome difficulties, gradually and significantly. He said the efforts of the Chief Minister have resulted in generating a peaceful and conducive atmosphere which is reflected by the massive participation of voters in Panchayti elections.

He reminded peace inimical elements about the chequred history of National Conference that withstood test of times during the past over seven decades and cautioned that there machinations will not succeed in weakening the party. He referred to the great role of Sher-i-Kashmir Sheikh Mohammed Abdullah in building a strong political edifice which empowered the people to be the masters of their own destiny.

Mr Sagar appreciated the dynamism of the Provincial President National Conference Devender Singh Rana and said that the high command has bestowed upon him a crucial responsibility of galvanizing the party at the grass roots level. He expressed optimism that the young leadership will come to the expectations of the people as also the top leadership in taking the party to highest pinnacles.

Speaking on the occasion, Provincial President National Conference  Devender Singh Rana said that the mechanism of interaction initiated by the Chief Minister has provided a forum to the people, especially the party workers, to give went to their political aspirations besides seeking solutions to problems faced by the people. He said the feedback emanating from the party workers will help those in the government and in the party to frame up adequate strategies while designing policies and programmes for the welfare of the people.
More at scoopnews.in/det.aspx