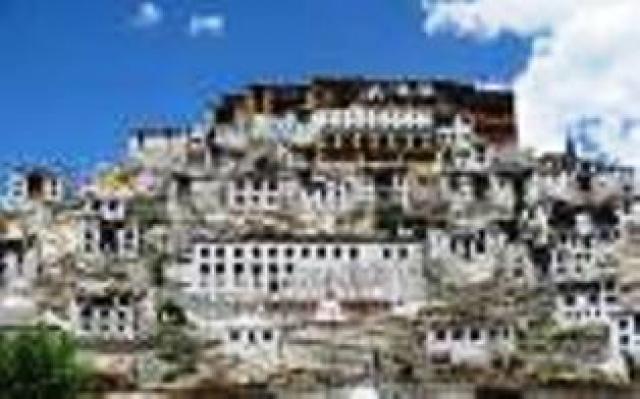 Jammu, February 27(Scoop News)- On behalf of the people of Ladakh, Minister for Tourism and Culture  Nawang Rigzin Jora has extended  a sense of gratitude to UPA Chairperson, Mrs. Sonia Gandhi, Prime Minister, Dr. Manmohan Singh and Finance Minister,  Pranab Mukherji for announcing Rs. 500 Crores for setting up of solar small hydro and micro power projects for Ladakh region of the state.

In a statement,  jora said this was a much needed package for years as the area faces extremely hard climate particularly in winter   and the package envisages construction of  ease out the energy requirement of people of Ladakh to make their lives more comfortable.  He said this package envisages construction of  30 small /micro hydel projects of 23.5 MW, 300 SPV power plants of 5-100 KWs. Besides 2000 SPV home lighting and about 40,000 solar thermal systems such as water heaters, solar cookers, solar passie building and solar green house will also be installed under the programme.

The Minister said that it is a major initiative by the Congress Government to minimize use of diesel and kerosene as well as firewood and to make the life of the people more comfortable and added that  setting up of a large number of green houses would also help people of Ladakh to grow vegetables in the winter months. . He said That the amount of Rs. 500 Crore will be spent over a period of 3 years.

It may be mentioned here that Finance Minister Pranab Mukherjee, in his budget speech in Parliament on Friday, announced that to address the problem of energy deficiency in Ladakh region of Jammu & Kashmir which faces extremely hard climate, the Government proposed to set up solar, small hydro and micro power projects at a cost of Rs 500 crore.

Ladakh region with its extreme environment faces energy vulnerability resulting in population of the area facing energy adversities enormously throughout the year, particularly in the winter months. While urban areas, and all defence establishments, use diesel and kerosene extensively, populations in the remote areas face problems for cooking and heating. Diesel, Kerosene and firewood have to be transported from long distance and at huge cost. The issue is not only of energy supply but also of health and livelihoods.

Considering that the region has good potential of solar and hydro resources, much of it yet to be realized and can be effectively used for minimizing use of diesel, kerosene and fuel wood, detailed studies were undertaken to assess the potential and identify suitable locations where small hydro projects can be set up and solar energy systems installed. Consultations were also held with the local people, NGOs and renewable energy agencies working in the region to draw up a plan and implementation strategies, the Finance Minister said.