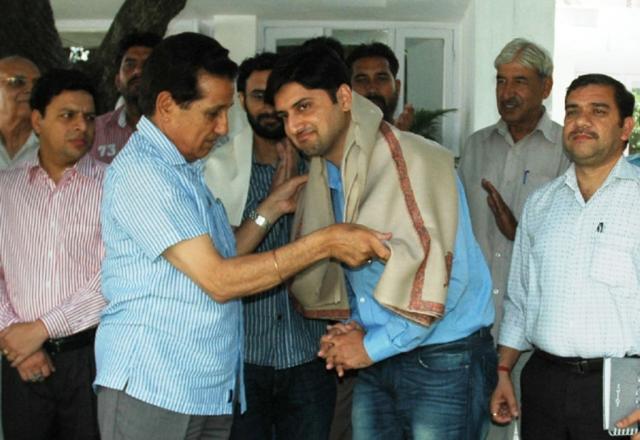 Speaking on the occasion, Chib congratulated the two youth for qualifying the prestigious IAS examination despite hailing from a backward border tehsil. He said the two youth have brought laurels for the state in general and for R. S. Pura in particular. He hoped that their achievement would inspire hundreds of other youth of the state to beat the country’s top competitive exam.

Speaking on the occasion, Deputy Commissioner, , Sanjeev Verma, while hailing the youth for their achievement apprised them of the challenges they have to face in their services. He gave a brief insight of the working of the Indian administration and the challenges officers face during their services.

Later, Minister also presented shawals to the youth as a token of love and respect.