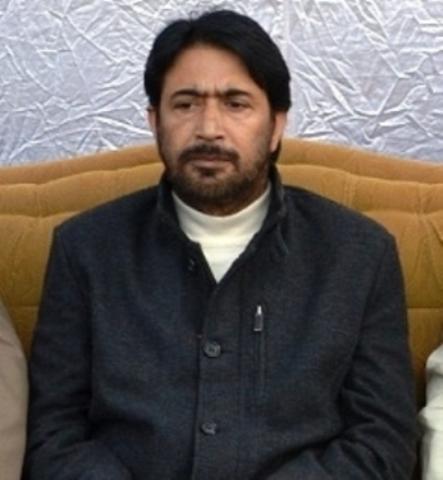 Pune/Jammu, April 5 (Scoop News) –Minister for Tourism,  Ghulam Ahmad Mir, who is on a tourism promotional tour of Gujarat, today kick started a road show and exhibition at Pune.

The aim of organizing of such events in and outside the Country was to showcase the new tourism potential of Jammu and Kashmir, as the State government has taken several innovative initiatives to develop its abundant tourism potential and have upgraded tourist related infrastructure at all potential spots.

The stalls and hoardings installed by the J&K Tourism Department depicting states’ tourist attractions mesmerized the people of Pune who appreciated the efforts of the government for showcasing virgin tourism destinations,  pivotal for attracting more domestic and high end tourists to the visit of Jammu and Kashmir.

Addressing on the occasion, the Tourism Minister said the focus of this campaign was to further strengthen the bridge of tourism between J&K State and Maharashtra. He said Kashmir is now much favorable for shooting of films for film industry as the State government has introduced new niche destinations in the State. He called upon the Stakeholders of Film Industry to visit J&K for shooting.

Tourism Minister expressed gratitude to Marathi’s for supporting Kashmir in tough times.  He said, “Marathi’s have supported Kashmiris in turbulent times and we can never forget that.  Maharashtra and Marathi’s live in the hearts of Kashmiris and so we decided to be here in Mumbai for this campaign, he said and added that revival of film shootings by the Bollywood would not only cement the relationship between Maharashtra but prove beneficial to boost the economy of J&K. “We met various personalities from key production companies like Yashraj Films, Dharma Productions, Sony Television, Star Plus, Fox Studios and detailed conversation held with them for revival of shooting and television programmes in the valley”, he said and hoped that J&K would witness a big boom of film activities soon.”

The Minister apprised them that J&K is much feasible for holding big Conventions. He said “we have a charming and world known Convention Center on the bank of Dal Lake besides construction of Convention centers in City of Temples Jammu and moon land Ladhakk is also apace, which would be thrown open also this year. He asked the tourism stakeholders of Mumbai and other States besides trade and commerce representatives of the Country to hold their conferences in Kashmir adding that J&K government would provide all possible assistance in this regard.

Mir hailed Maharashtra Tourism Ministers’ support to increase the   rail and air connectivity between both the States, assuring that Jammu and Kashmir government would provide all possible facilities.