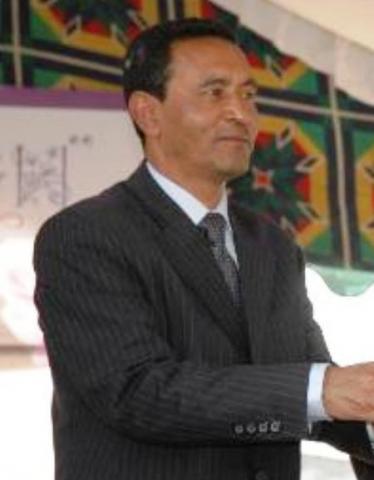 It is pertinent to mention that in every village Jora was welcomed with applauds and appreciation, calling him Ladakh’s real hero for winning the award of Best Tourism Minister for two consecutive years and taking Ladakh’s name to higher level of glory.

During Jora’s visit, people put forth their demands to which Jora gave a patient hearing. Headed by Saspol Councilor Rinchen Tundup and Sarpanch Tsering Puntsog the people of Saspol demanded for free electricity as royalty against large area of land acquired by NHPC for Alchi Project, funds for new community hall and early completion of new water supply scheme by PHE.

At Alchi, Sarpanch Tsetan Namgyal on behalf of village people too demanded for free electricity in turn of huge land acquisition by NHPC, considering the irrigation scarcity problem urged Jora to facilitate them with the lift irrigation scheme and asked to improve the road conditions, upgrade the water supply scheme and also to upgrade the village Medical Aid Centre with facility of Doctor.

Similarly, at Mangyu the major problem highlighted by the villagers was the non functional of landline services despite depositing the required money and asked for Jora’s personal intervention in the matter. Other demands include link road to Zum a small hamlet in Mangyu, road connectivity to Tar and Hipti on priority, foot suspension bridge at Lardho and to provide drinking water supply facility in the remote and remaining hamlets of Mangyu. The village Sarpanch made a mention of good number of tourists coming to visit the 1000 years old Gonpa at Mangyu and demanded to introduce facilities of Paying guest, home stays in the village and to provide tourism incentives to the villagers.

The people of Tia and Tingmosgang demanded for double line road from Nurla to Tia, to open an Allopathic Dispensary in Medical Sub Centre of Char –Char Hamlet in Tia and most importantly to tame the Tismongam –Tia Nallah (Tokpo) which was badly damaged during 2010 flash flood to avoid further soil erosion and considering the importance of the Nallah Jora assured to put extra effort in this matter and start some work from next year. The Sarpanch and panches of Tingmosgang demanded for a Panchayat Bhavan and to open a MAC in Ang village to which Jora gave consent to start the work with token money of Rs.10 lac in the coming year, 2013. Lastly, Jora attended people’s gathering at Nurla and after hearing to their demands, gave assurance to fulfill them on priority.

Addressing the public gathering at various places, Jora gave on spot directions to the concerned HODs to take up people’s demands seriously and on spot sort solutions to many of people’s problems and demands. Jora stressed upon the farmers to shift from traditional farming to cash crop that will prove economically beneficial to them. Jora gave instructions to the Engineers to check the feasibility for lift irrigation scheme in Alchi and announced funds out of MLA Consistency Dev. Fund to restore and renovate 1000 years caves in Saspol.

At Mangyu, the Minister appreciated the good work of Sarpanche and Panches under MGNREGA and urged all the Sarpanches and Panches in general to work in coordination with utmost sincerity and dedication to address the problems of public. Jora appealed the public and their representatives to avoid politicizing any issue that will hamper the peace and unity in the region and advocated to work in coordination maintaining healthy relationship among each other that in turn will pace up the development in the district.

Jora gave his assurance to take up the genuine demands phase wise and announced funds from his MLA Consistency Dev. Fund to meet the immediate and important demands of the public.