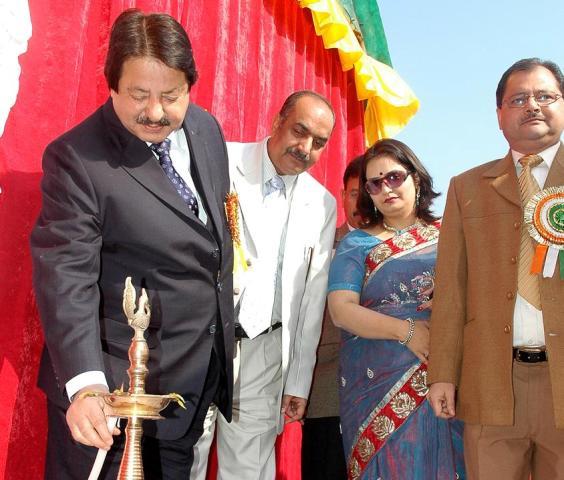 Peerada said that such happenings won’t deter government and education institutions from their mission of carrying on teaching-learning activities.

Condemning the incident, the Minister said that this incident postrays the frustration of forces, who are bent to push the State into chaos and confusion. He said “we should rise above political considerations and condemn this act which is aimed at destroying our educational set up to blur the future of younger generation”.

Meanwhile Minister for Education and Public Enterprises Peerzada Mohammad Sayeed while seeking co-operation of all stakeholders, has said that concerted efforts are needed for achieving 100 percent literacy in the state. He said numerous measures have already been taken for the improvement of infrastructure in all educational institutions to pave the way for universalization of education.

Appreciating the role of private educational institutions, Peerzada said that these institutions are playing vital role in providing quality education to the students but need of the hour is to push forward the momentum to bring marked improvement in the system.

Lauding the efforts of the Global Convent School for adopting some poor children, he said that private institutions need to reserve 25 percent reservation in admission for children of ‘have nots’ for inclusive growth and development.

Later, the Minister distributed prizes among the position holder students of last year. Earlier, Secretary, Board of School Education Dr. Sheikh Bashir Ahmad spoke on the occasion and highlighted the achievement of the board.