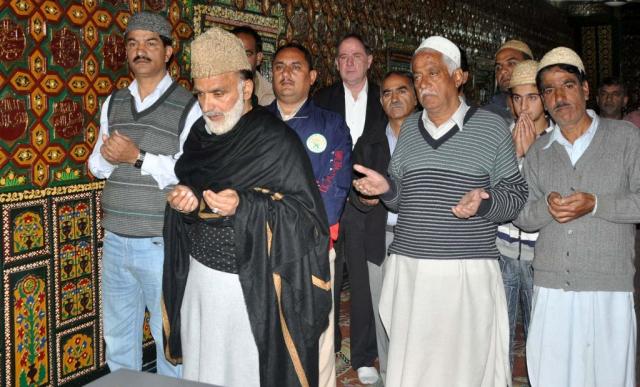 Srinagar, October 17(Scoop News) –   Minister for Rural Development, Panchayati Raj, Law Justice and Parliamentary Affairs  Ali Mohammad Sagar today asked the officers to put a fool proof mechanism in place to ensure that the devotees coming to pay their obeisance from different parts of valley during annual Urs of Shah-i-Hamdan(RA) do not face any inconvenience.

The Minister was addressing officers during a review meeting convened to oversee the arrangements for the annual Urs of Shah-i-Hamdan (RA) .

Sagar asked the officers of PDD department to ensure that uninterrupted power supply is provided to the areas around the Shrine so that the people living in its catchment areas do not face any inconvenience. He also asked the PHE department to provide the adequate water supply in the area for the convenience of general public as well as the devotees.

The Minister directed the Commissioner Srinagar Municipal Corporation to ensure proper cleanliness in and around the area. He also asked him to ensure that the street lights are functional and in this regard they should work in tandem with PDD department.

The Minister later inspected the pace of renovation work being executed done in accordance with the heritage pattern on the old and was told that it would be completed within a month. He directed the officers to ensure that the time line given by them should be maintained as the people and shopkeepers of the area are facing in convenience.

Sagar also inspected the newly reconstructed shrine of Hazrat Bul Bul Shah (RA) at Bul Bul lanker. He directed the concerned officers to carry out the left over work on priority basis.