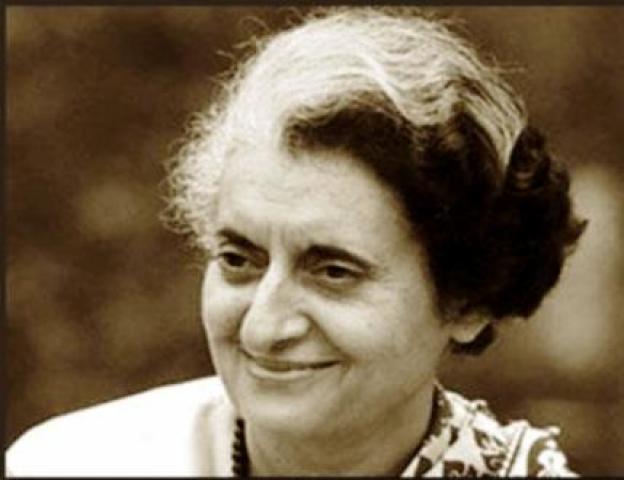 Recalling the supreme sacrifice of Indira Gandhi, the Minister said that she contributed laudable services for the cause of the nation and sacrificed her life for motherland. He said that martyrs never die but remain alive in the hearts of people forever. He urged the political leaders particularly youth to follow the footsteps of  great leader like Indira Gandhi to further shine their political carrier.

Sham said it was due to their sacrifices which laid a strong edifice of secularism and socialism in the country enabling us to breath in a free and fearless atmosphere. He called for self introspection to see that we have contributed to protect this hard earned independence and what further needs to be done to protect the sovereignty and integrity of the country.

Sham said that during the tenure of Indira Gandhi, our country recorded big strides in all fields especially science technology, commerce and industries, education and agriculture.

Sham said government will consider the suggestions from every quarter with regard to strengthening of Panchayat institutions and is ready to incorporate all such good provisions of the 73rd Amendments in the J&K Panchayati Raj Act which will help to further strengthen these basic units of democracy. He also said that the local bodies elections will be held soon.

The function was jointly organized by for Women Parade Jammu and Gandhian Global Family to pay homage to late Smit Indira Gandhi.

A symposium was also organized on the occasion in which students of different institutions including Ritesh Sharma of , Sonia Sharma of , Sahil Mehta of MAM, College, Sabhiya Kantroo of GDC Women Parade and Vinee Mahajan of GDC Women Gandhinagar participated and threw light on the life and achievements of Indira Gandhi, former Prime Minister of India.

Miss Sabhiya Kantroo of GDC Women Parade bagged first prize in the symposium while second prize of was secured by Miss Vinee Mahajan of GDC Women Gandhinagar and third prize was bagged by Sahil Mehta of MAM College Jammu.

On the occasion, Abdul Majid Malik was awarded Indira Gandhi Award-2012 by Gandhian Global Family for his outstanding contribution towards the society.

Miss Radhika Majajan who compared the programme was also given a cash prize on the occasion.

Speaking on the occasion, Khan paid rich tributes to Indira Gandhi and lauded the students for presenting their writings on achievements and life history of Indira Gandhi. He said that Indira ji contributed a lot for development of the country.

The Minister said that the true tribute to Indira Gandhi is to work for integration of the country. He also appreciated the efforts of Government Degree College Women Parade for organizing such type of functions. He also congratulated the students who participated in the symposium.

Former Minister and Member AICC Abdul Gani Vakil today described late Smt. Indira Gandhi a strong, courageous and visionary leader and for which the late leader was hailed globally. Vakil said she was interested in prosperous and peaceful and that thinking made her to enter in the historical accord with Sheikh Mohammad Abdullah in the year 1975 and did a commendable job by bringing a regional party National Conference of J&K in the mainstream. Mr. Vakil said Nehru family symbolizes secularism and Kashmiris have connected themselves through accession with the rest of the country because it is secular. If Nehru family gets weak at national level, this connection will get weakened because the Kashmiris have never accepted communal but secular added Vakil.

Vakil was addressing a function which was organized to pay glowing tributes to late Smt Indira Gandhi on her 28th birth anniversary at Tulsi Bagh Srinagar. Function was organized by congress Sevadal.  Vakil said she strengthened secularism and was instrumental in bringing neighboring countries close to and strengthening the ties of friendship between them. Vakil said Indiraji was architect of modern . He said that Smt. Indira Gandhi always worked for the upliftment of weaker sections of the society. She wanted the state to be prosperous in every sphere and it was the dream of late Smt. Indira Gandhi to develop the State and make it prosperous and this will be fulfilled so that State competes on socio-economic front with other states of the country. He highlighted her contribution in eradication of poverty, illiteracy and corruption in the country. He said that true Congressmen should follow her principles and the path shown to us by sacrificing her life and delivering good to the people of this great nation. He also recalled her leadership qualities and her contribution in the politics of the country and the world.

Panthers Party activists held memorial meetings in honour of Mrs. Indira Gandhi on 28th Anniversary of her martyrdom as she was assassinated under an international conspiracy on 31st October, 1984 in her highly protected official residence by her own security men. The Panthers Party paid high tributes to the former Prime Minister in several meetings held in , , , , Jaipur, and other places.

Addressing the Panthers Party activists, Prof. Bhim Singh, Member, NIC and Chief Patron of the Panthers Party regretted that the successive governments of failed to investigate the hidden conspirators responsible for the brutal assassination of ’s tallest leader at that time. In his tributes to Mrs. Indira Gandhi, Prof. Bhim Singh recalled his association with Mrs. Indira Gandhi as Prime Minister of India and during her years as leader of the opposition during Janata rule describing Mrs. Indira Gandhi as a great nationalist, secularist and undaunted leader in power as well as in opposition who live for consolidating the security of the country and died for the unity and integrity of the nation. He hoped that the real culprits responsible for her assassination shall be brought to book someday.

In a resolution the Panthers Party called on the Govt. of India to observe Anniversary of Martyrdom of Smt. Indira Gandhi as Anti-Violence Day and a chapter on the life and contributions of Mrs. Indira Gandhi should be included in the curriculum of the school books at all levels.