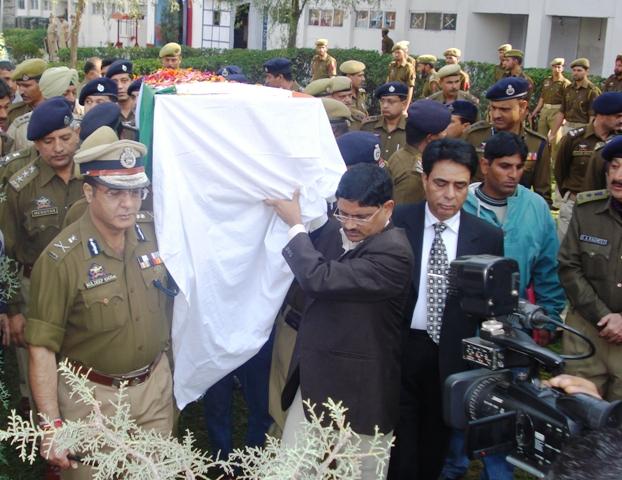 Srinagar, October 15 (Scoop News) –    Martyr Constable Sajad Ahmad Parray who was fired upon yesterday by militants near Tailbal Bus Stand from a close range which left  him critically injured, succumbed to his injuries  at Sher-i-Kashmir Institute of Medical Sciences-Soura this morning.

A resident of village Garend-Khord, Budgam, the Martyr constable Sajad  No. 896 of IRP 19th Bn,was appointed in the Police Department in the  year 2010 and  is survived by old aged parents, one brother and three sisters. The Martyr was laid to rest at his native place today.