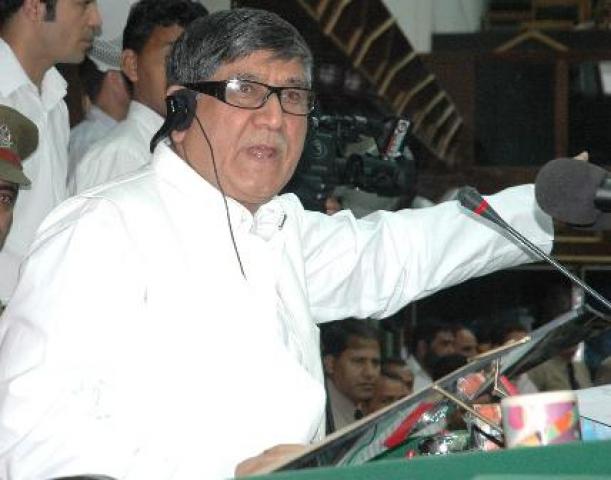 Speaking on the occasion,  Lone thanked all the departments and Media for cooperating and lending dedicated services in running the proceedings of the House smoothly. He said that media and Information department have disseminated the proceedings of the House objectively and adequately. He lauded the role of both treasury benches as well as opposition for their cooperation in conducting the proceedings of the House smoothly. The synergy among various political parties and members in highlighting the demands of the people has sent positive signal among the masses about the significance of this apex institution of democracy.  The way the members argued for pressing their view point within the provisions of Business Rules  is praise worthy and a healthy sign, he added.  He also appreciated the efforts of the PDD, PHE, Security personnel and Police for providing required facilities to the people and the employees during the session.

Lone said that every party was given adequate time to express their views and raising issues of public importance during the session, spreading over 56 hours, adding that National Conference and PDP got 15:20 hours, Congress and National Panthers Party got 6:10 hours respectively,  whileas, Bhartiya Janta Party got 6:55 hours, Communist Party of India, 1: 40 hours, Jammu State Morcha 2: 10 hours and Independents got 2:00 hours.

Giving details about the business conducted in 25 working days of the Budget Session, he said that out of 608 starred and 492 un-starred questions, 1026 were admitted, 160 taken up for discussion with 475 supplimentaries while 72 questions  were disallowed.

Regarding Calling Attention Notices,  Lone informed that out of 94 Notices, 22 were taken up and 19 were disallowed. He said that out of 112 Resolutions, 76 were admitted and 20 disallowed, besides 07 reports and 08 papers were tabled in the House.

Earlier, members of various political parties expressed their views about the 25 days long proceedings of the Budget Session

Harshdev Singh (PP) lauded the Speaker for running the proceedings smoothly despite pulls and pressures, adding that running the House proceeding was as difficult as to run a class of naughty children. He praised the Speaker for his positive contribution and providing every Member due opportunity to express his views and highlight people’s problems. He thanked the media for objective reporting of the proceedings of the House, adding that their reporting was impartial and unbiased.

M .Y. Tarigami,s in his comments on the proceedings of the House, said that the Members should not blow up issue on political consideration which could widen regional void  Tarigami also thanked the media for reporting proceedings objectively. He lauded the Speaker and the employees of the Assembly Secretariat for running the proceedings smoothly.

Ashwani Kumar Sharma of Jammu State Morcha (JSM) thanked the Speaker for accommodating each Member to highlight problems of the people and express views on various public importance issue. He also thanked print and electronic media for disseminating information about proceedings of the House to people widely and accurately.

Ch. Mohammad Ramzan (NC) said that the session of the Assembly was significant as some important legislations of far reaching consequence were passed in the House.

Ch. Mohammad Aslam and  Krishan Chander also spoke and thanked the Speaker, employees of Assembly Secretariat, media, security personnel for rendering their services dedicatedly for running the proceedings of the Budget Session.

Durga Dass (BJP) started his speech with a couplet and said “we are like brothers who some time go bitter on some issues”. He appreciated the role of the Speaker for providing balanced time to each and every Member of the House.