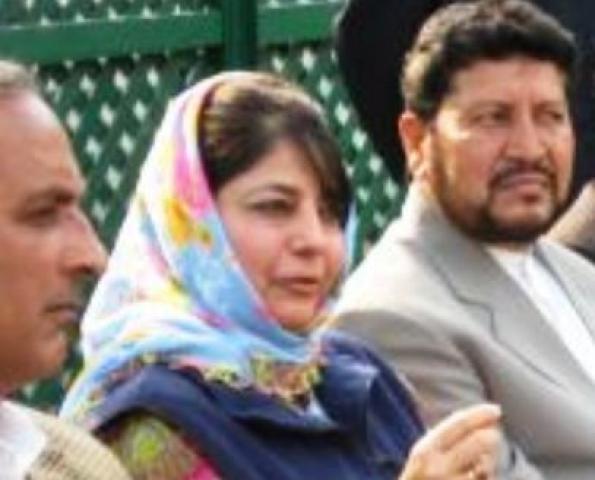 , December 5 (Scoop News) – is passing through a worst phase with uncertainty and suffering gripping its people with every passing day.

Stating this Ms Mehbooba Mufti president of Peoples Democratic Party (PDP) said that political problem apart this unfortunate situation has been thrust on the state by the present dispensation involved in corruption, nepotism and the mal-administration.

Ms Mehbooba Mufti was addressing one day convention of the district committee members of urban.

She said that while the security scenario has deteriorated in last two years, the development component also has suffered tremendously. The generous financial support from Centre has only been received to let in go down the drain.

Citing instances, she said that despite huge water resources the state is facing power crises on account of bad structure and weak networking. Similarly lack of transparent policies in other sectors like health education and horticulture the Central funds and state resources mostly go waste

Mehbooba Mufti said that the non governance has brought the state at the verge of economic collapse   and the swelling number of educated youth with out jobs and sustenance are being plunged into a dark future.

The PDP president said that the irony is that the failures have made the government both complacent and arrogant. To sustain on these negative attitude has become the hall mark of those at the helm and they shamefully compromising the prestigious of institutions. The absence of transparency and accountability in the administration speaks volume about government’s intention to thrive on miseries of the people.

Drawing a comparison of present dispensation with the earlier coalition, she said that besides transparency, the equitable share of resources and better management by the later has brought the state out from the morass. Unfortunately the good work has been undone now, she added.

Ms Mehbooba Mufti said that if this drift continued the people of the state will lose faith in democratic means for redressal. As is evident from the on going unrest in .