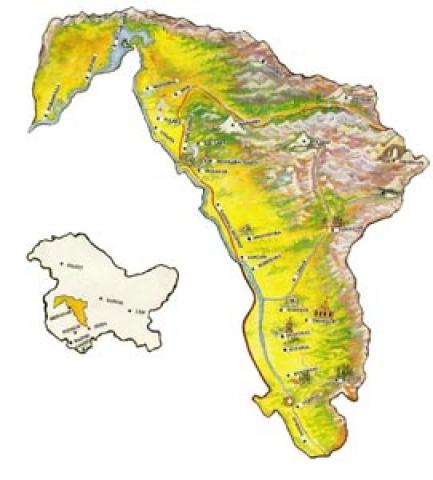 In the meeting members expressed strong opposition to the moves of the Government to rename the newly done international airport at . Dr.Agnishekhar, President of Panun Kashmir while addressing the meeting said that there is a design to systematically erase and tamper with the historical legacy of .

The renaming of Srinagar airport is part of the same plan by which the names of hundreds of villages in Kashmir have been changed and even the landmarks like the ancient Shankaracharya temple hill is being called as Takht-e-Sulaiman and Hari Parbat as Koh-i-Maran.The same mind set seems to be working in changing the name of the Anantnag town to Islamabad, as if it is the capital of Pakistan.

Dr.Agnishekhar said that it is a matter of concern that the powers that be in the state are hell bent upon strengthening those forces that are gradually working towards the Islamisation of Kashmir. Through a resolution members urged upon the Government to not to go in for the changing of the name of the airport or any other place or institution of historical importance.

National Spokesman of Panun Kashmir, Virender Raina said that the feed back received from various units of Panun Kashmir suggests that even non-Kashmiris are showing eagerness to become delegates for the 3rd World Kashmiri Pandit Conference. Preparations for the event are in full swing at all the units of Panun Kashmir in and abroad.Dr.Agnishekhar, Virender Raina and Daya Krishen Koul would be undertaking a whirlwind tour of the country shortly for the preparations of the world event and also for mobilizing the national opinion for building a strong consensus against the menace of terrorism.

It may be recalled that the world conference has terrorism as its focus besides the other issues relating to the people of Jammu and Ladakh.The issues of unemployment in the community and its near total political disenfranchisement was also discussed in the meeting and serious concern expressed on the same.