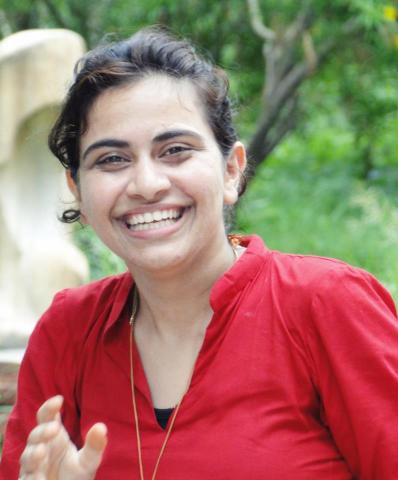 , October 12 (Scoop News)- The Jammu Kashmir film Makers And artists Cooperative Ltd,(JKFMAC) have decided to felicitate Ifra Kak, the first woman theatre director of the state with the JKFMAC Award.

The JKFMAC awards, instituted last year, and are aimed at felicitating the outstanding and established artists and media persons having extra-ordinary contribution in the field of performing arts, and broadcasting, besides encouraging budding amateur artists of J&K.

Ifra has earlier designed and directed two devised projects. One was “SELF STORIES” which was a result of 15 day long theatre workshop with the artists of Amateaur Theatre Group during her university education, and the other devised project was a result of 15 day long theatre workshop with the inmates of Kot Bhalwal Central Jail, one of the most sensitive prisons of the country. Another achievement to her credit is ”SORDID TALES OF SUFFERING”, a concept performance on the atrocities on women in . Apart from that Ifra has done the dramatization of Lydia Avilov’s autobiography “Chekhov in My Life” which ‘ was awarded Mahindra Excellence in Theatre Award and best of the year production by Sahitya Kala Parishad, . .Recentlly a five week long theatre workshop “An Actor Prepares”was organized by Amateur Thetre Group In Collabaration with National School Of Drama, under the ship of Ifra Kak and workshop was culminated with the performance of “Do Kodi Ka Khel” hindustani adaptation of Brecht’s world famous “three penny opera”.