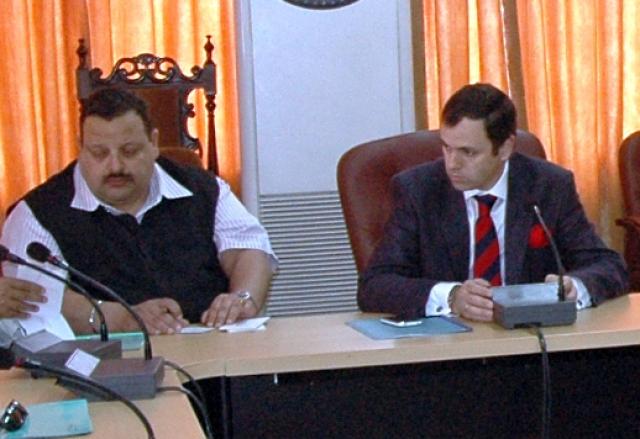 Sounding optimistic about the security scenario Jammu and Kashmir Chief Minister Omar Abdullah on Thursday said that the job of a political worker is to fearlessly move around among local masses and if he or she is bogged down by such terror threats then it would become difficult to restore the confidence among the local masses.

Addressing a press conference in Jammu today after two prominent leaders Ch Talib Hussain and Govind Ram joined National conference along with their supporters Omar said said that Union Home Minister P Chidambaram has warned politicians of possible terror attack in the run up to the Lok Sabha polls.

He said, he is one of the recipients of the union Home Minister’s letter outlining the nature of the threat and precautions that are required to be taken. In the same vein he, however, added the terror threat will not deter him and other political leaders from campaigning.

In reply to a question with regard to adequate security cover for political leaders facing threat, Omar clarified that from time to time the government machinery review necessary security arrangements of important political leaders, former chief ministers, leader of the opposition and others on terror hit list for necessary action.

Filed under: Politics, World
Share Tweet Pin G Plus Email
previous article: Obama walks up to Manmohan, have their first chathim
next article: Security Forces Gun Down Terrorists in Jammu and Kashmir