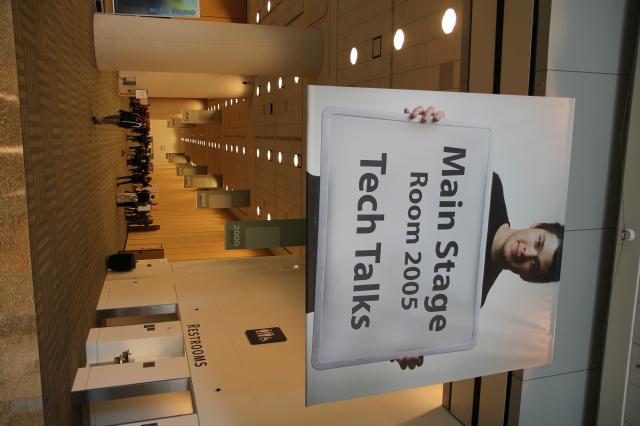 This is the first film of Steve Jobs that was made since his death. Macworld hosted both stars of the film to chat about what it took to get into their roles.

Josh Gad wasn’t an apple user till his wife brought home a Mac in the mid 2000’s. He learned from there- very computer illiterate as he says.. Ashton had a Apple IIgs that his father bought as a child.  Didn’t really use a Mac till his college years once the iPod came out. Josh mentioned how he was in awe how technical Ashton was and how much knowledge he possessed of the history.
Ashton mentioned how he is heavy in the tech scene, especially with angel investing. He considers Steve a hero and when the screenplay popped up in Hollywood, he wanted to make sure that Steve was portrayed accurately. After meeting with the director, Aston had some serious reservations about playing a person that is so fresh in the public minds down to his movements. He spent 3 months (24 hours a day he says) researching Steve- video, audio, and text. This way Ashton could understand how Steve evolved over his life and translate that to film. The film covers roughly 25 years: from Reed College to the launch of the first iPod.
Josh was also terrified of portraying Steve Wozniak. His first knowledge of Wozniak was on the Dancing with the Stars, he jokes. Josh felt that if he wanted to portrayed Wozniak , it needed to be a accurate interpretation (but not a documentary). It’s amazing to hear how fearful both main actors were about taking on this project. As part of their research, they got to meet Jobs’ sister and stepmother. Neither actor met Steve while he was alive. Both actors stressed the attention to detail that went into the film.
Yes, the rumors are true. In preparation for the role, Aston adopted the ‘fruitartain’ diet for a month before the film. 2 days before filming, he doubled over in pain and was admitted to the hospital. He started developing pancreatitis!  While Aston won’t admit that the diet caused it, it still freaked him out before they started filming.
Filed under: Business, Media & Tech
Share Tweet Pin G Plus Email
previous article: Kazakstan: Struggle Ahead for Wives of Janaozen Convicts
next article: Futurehunting with will.i.am and Brian David Johnson at MacWorld