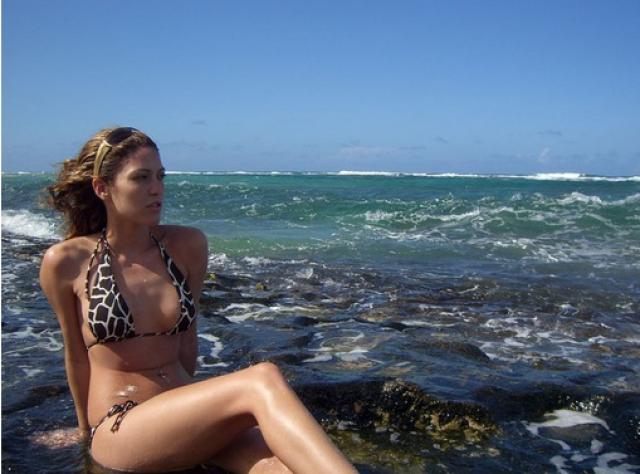 Jocelyn Kirsch appeared in court on Monday to plead guilty to charges that she and her ex-boyfriend Edward Anderton stole more than $100,000 in an identity theft scam in 2006-2007. The couple stole the identities of friends and neighbors and used absconded funds and documents to travel the world on others’ money.

Jocelyn Kisrch, 25, faces a minimum of two years in prison for her crimes but prosecutors think that number will be closer to six. Kirch and Anderton took pictures of their travels to around the world, travels which were at least partially funded by their identity scam. Police found the digital photos as well as an ID card making machine, computer spyware and lock picking devices in the couple’s apartment.