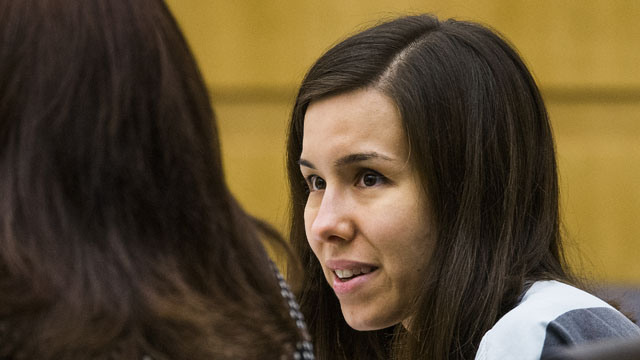 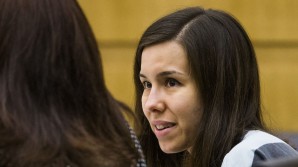 The case of Jodi Arias drags on. It is a classic case of misleading circumstantial evidence. In some ways it is simple, but in others it is complex.

It is true, that there are perplexing facts:

But there is a complex mystery here : a fundamental problem : WHY would Jodi want to murder Travis Alexander? There is no motive for premeditated murder.

On 18 December 2014, there was further evidence that confirms what we have known since the original trial in 2013 : Jodi was not in the least bit jealous of Travis’ new girlfriends, she had all but escaped from this toxic relationship and was looking for a new man in her life.

Jodi and Travis had tried to break up, and they were both looking for new partners. There was no commitment by either side, even though a turbulent long distance sexual relationship continued.

On 4th April 2008, in an email with Subject line “Goodbye”, Jodi says she is making the right decision.

So this relationship was going nowhere. Jodi was not jealous of Travis’ new women friends, and she wanted him to be happy. This is not the setting for premeditated murder ( even supposing such a weak motive would ever be realistic ).

So the truth has to be different. There is no question that Jodi lied when she told police first that she didn’t go to Mesa, and then that two intruders killed Travis. But what about her testimony at trial?

It turns out that there is no proof that Jodi lied on the stand.

We now know after evidentiary hearings in late 2014 that Travis’ computer DID have pornography on it.

This is not the case, a careful review of the physical evidence shows the gun shot must have been first, and in fact it was the lead detective that lied.

We now know that the Walmart witness does not know if records moved intact when the store relocated.

The only logical conclusion is that Jodi’s lies to the police in 2008 were due to overwhelming feelings of shame and depression, and that her testimony at trial is the truth.

Finally, evidence has emerged of prosecution misconduct. This has been a steady accumulation, from lead detective Flores’ perjury concerning the gunshot, to gross misconduct in concealing the pornography on Travis’ computer.

Paul Huebl, veteran private investigator and former journalist, recently remarked: “Both Arias and Milke cases are finished but for the last breath of stale air”.

Let’s hope that is true: in the name of justice, it’s time to Free Jodi Ann Arias.

Filed under: Crime, News
Share Tweet Pin G Plus Email
previous article: Thousands of certified agents and brokers across the US are ready to help individuals select a health plan under Obamacare
next article: Navigator helps explain how to fight fraud in Obamacare