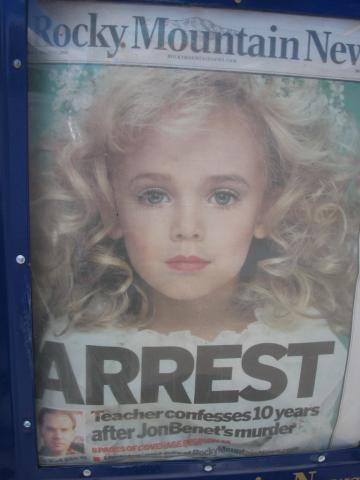 John and Patsy Ramsey, the parents of murdered child beauty queen, JonBenet Ramsey, have been cleared in the case of their child’s murder.

John and Patsy Ramsey were key suspects in the infamous 1996 murder case, as was their son and JonBenet’s brother, Burke.

John and Patsy Ramsey were cleared of charges related to the case with the introduction of new and conclusive DNA evidence. The Boulder County District Attorney cited an "unexplained third party" as the new suspect in JonBenet’s death.

In 2006 John Mark Karr made a detailed confession of the murder but DNA tests confirmed that he was not, in fact, the killer.