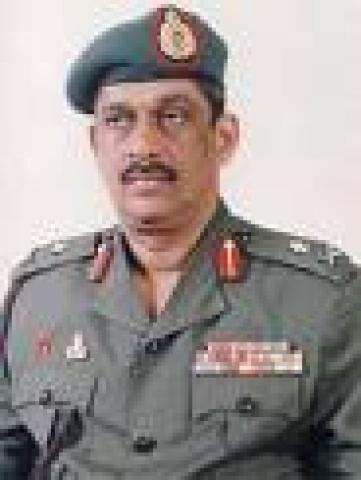 The 12 Member Main Opposition Alliance led by the United National Party the United National Front(UNF) today announced Retired Chief Of Defense Staff General Sarath Fonseka as their Common Candidate for the forthcoming Presidential Elections.The Leftist Janatha Wimukthi Peramuna(People’s Liberation Front) too announced that they too supported the General as a Common Presidential Candidate.

The Announcement on the Common Candidate came after the President has informed the Cabinet Ministers this morning that he decided to hold Presidential Elections  first.General Fonseka is expected to Contest under the Joint  Opposition Alliance Banner from a Symbol of a Small Party belongs to the Alliance besides the  Elephant. Symbol of the Main Party of the Alliace the UNP.