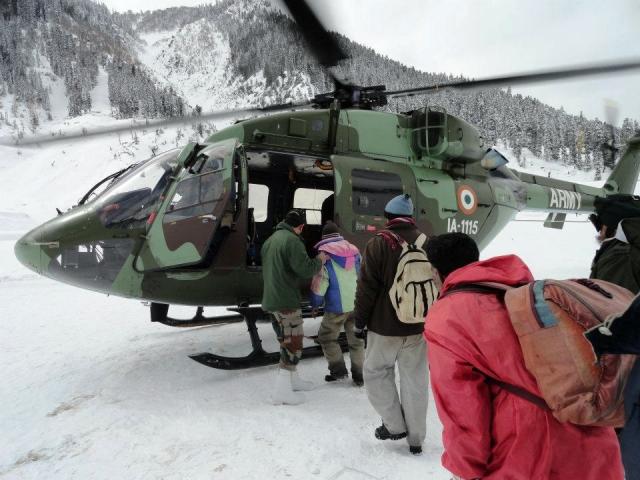 Srinagar, February 24 (Scoop News) –In a joint rescue operation by Army, Air Force, Police, Civil Administration and with the help of locals, nine people were rescued from Shitkari bridge, near Sonamarg. They had got trapped during an avalanche on 23rd Feb. The rescued persons were airlifted in ALH chopper of Army and Cheetah helicopter of Air force using rope ladders, as landing in the area was not possible due to avalanches. Wing Commander, Vikram and Flight Lt. Desai flew the Cheetah helicopter.

The rescue operation started early at 7 am today. The rescued persons have been airlifted to Sonamarg, from where they are being shifted to Ganderbal.

Meanwhile, Div Com has directed that in view of avalanche threat no one shall be allowed to move beyond the last Police Post at Gagangir, towards Sonamarg. He has further directed that any violations shall be viewed seriously.