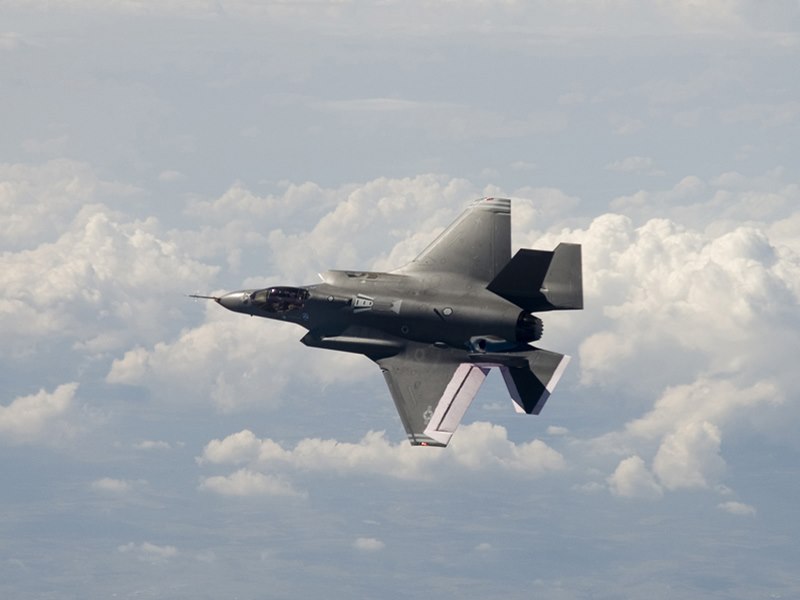 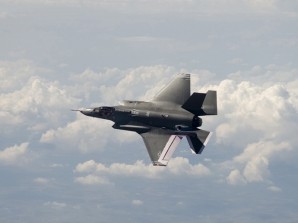 “To understand why the cost to procure these fighters exploded, then-Deputy Secretary of Defense Carter requested a breakdown of F-35 costs and challenged the program manager as to why he had been giving Lockheed Martin upward of 85 percent of the maximum award fee it could have earned. As Secretary Carter recounted, that official said:
I like the program manager on the Lockheed Martin side that I work with. And he tells me that if he gets less than an 85-percent award fee, he is going to get fired.
This is totally unacceptable. It is the kind of cronyism that should make us all vigilant against, as President Eisenhower warned us over 50 years ago, the “military industrial complex.” In this case, it appears taxpayers paid a massive premium for the friendship between the government’s and the contractor’s program managers”, said McCain.

On June 16, 2014 Senator John McCain was granted permission to address the United States Senate regarding Defense procurement  contracting. What he said was absolutely shocking!

What follows is an unedited copy of his entire floor speech:

“Mr. President, when I first exercised congressional oversight of the F-35 Joint Strike Fighter Program in 2010–at that time I was the ranking member of the Senate Armed Services Committee–I saw a program in turmoil. Perhaps the most significant indication of that was that while the program had exploded from its original overly optimistic development cost estimates by more than $15 billion and was delayed by 5 years, without the prospect of delivering needed warfighting capability anywhere on the horizon, the program’s prime contractor consistently received most of those award fees that were available to it under its contracts with the government. Let me repeat. The contractor continued to receive award fees that were supposed to be given in case of the program meeting certain milestones. In fact, it exceeded the cost estimates by $15 billion and was delayed by 5 years.

Since 2010 major challenges have continued to arise. Just days ago the Department of Defense grounded the entire F-35 fleet because of an in-flight emergency involving a leak of engine oil. This is the second grounding of the F-35 fleet due to engine problems in the last 16 months.

Much work remains to be done in the program, including validating design and operational performance; installing state-of-the-art flight and combat software programs–those programs are still being written–and making the F-35 affordable, with life-cycle costs estimated at more than $1 trillion–the first weapons system in the history of this country that is estimated to cost $1 trillion. While the Government Accountability Office has said the program is “moving in the right direction,” this is clearly a program that has had and continues to have major problems.

With this in mind, I was greatly concerned when I read an article last week entitled  “Carter: JSF Program Manager Based F-35 Award Fees on Desire to Protect Lockheed Exec.” It was on InsideDefense.com. The article describes comments made by former Deputy Secretary of Defense and Under Secretary of Defense for Acquisition, Technology and Logistics Ashton Carter–a man I admire a great deal–in a speech at Harvard University on May 16, 2014. He revealed that while the Joint Strike Fighter Program was suffering from massive cost growth and scheduling delays, the government’s program manager for JSF consistently awarded prime contractor Lockheed Martin most of its available award fees due to concern about the job security of his Lockheed Martin counterpart.

Appropriately, the Department of Defense fired its program manager, a Marine Corps two-star general, in February 2010. While that official had been giving away millions of taxpayers’ dollars to his friend in the industry, regardless of how exceedingly poor the Joint Strike Fighter Program was performing, independent cost estimates were briefing the Pentagon that the Joint Strike Fighter Program might exceed its original budget estimates by as much as $60 billion.

To understand why the cost to procure these fighters exploded, then-Deputy Secretary of Defense Carter requested a breakdown of F-35 costs and challenged the program manager as to why he had been giving Lockheed Martin upward of 85 percent of the maximum award fee it could have earned. As Secretary Carter recounted, that official said:

I like the program manager on the Lockheed Martin side that I work with. And he tells me that if he gets less than an 85-percent award fee, he is going to get fired.

This is totally unacceptable. It is the kind of cronyism that should make us all vigilant against, as President Eisenhower warned us over 50 years ago, the “military industrial complex.” In this case, it appears taxpayers paid a massive premium for the friendship between the government’s and the contractor’s program managers. As disturbing as these recent revelations are, this incident also raises a few other questions. For example, why were award fee criteria that exposed those Joint Strike Fighter Program contracts to the risk of being abused in exactly this way originally negotiated into that contract? Why would the contract allow such a thing?

Where was this program manager’s superiors, the Service Acquisition Executive, and particularly on the Joint Strike Fighter Program the Under Secretary of Defense for Acquisition Technology and Logistics? What about his superiors. Were they not supposed to be overseeing how and why he was awarding Lockheed Martin fees throughout the relevant period?

This whole episode underscores the importance of ethics in government contracting. If the program manager or the program executive officers, senior officials in the acquisition chain of command do not recognize the fiduciary responsibility they have to the taxpayer in their stewardship of defense dollars, any attempt to reform the defense procurement process or otherwise exercise vigilance vis-a-vis the military industrial complex will fail.

This episode also emphasizes the importance of the trade craft of government procurement contracting. Those skills and judgment that comprise the trade craft of government procurement contracting provide government acquisition managers with the tools he or she needs to keep the “unwarranted influence” of the military industrial complex at bay and make sure the product or service to be delivered into his or her watch will be delivered on time, with the required capability, and at a reasonable cost.

That starts with structuring government procurement contracts properly so that given the nature of the work and the deliverables being placed on contract, one, exactly the kind of performance that is important to the government in a given program is being incentivized, and, two, the government is incentivizing its industry partner to render that performance effectively. If in a given program the performance that is important to us is cost control, as it should have been in the case of the Joint Strike Fighter Program development contracts, why were we even using an award fee as opposed to an incentive fee contract?

By their very nature, incentive fee contracts provide that the cost of overruns be shared between industry and government and therefore incentivizes prime contractors to minimize them. This, of course, has not been a problem that has been limited to the Joint Strike Fighter Program. For years we have seen a widespread use of award fee contracts, including those that support major defense acquisition programs with subjective measures of award fees not clearly tied to cost control.

Any internal Department of Defense guidance that simply prescribes the use of “appropriate” contract types that are not accompanied by effective guidance and training on exactly how contract types should be tailored to a given product or service should be viewed with skepticism.

This matter, and indeed the broader possibility that the episode that Dr. Carter alluded to in his speech may be more pervasive throughout the whole of government than we realize and should concern all congressional committees of jurisdiction, inspectors general, and Americans who value how their taxpayer dollars are being used.

I repeat: As a proud supporter of our Nation’s defense, as an outspoken opponent of sequestration and the damage it is doing to our Nation and our ability to defend it, when we look at a program such as this, where it exceeded its original cost estimates by more than $15 billion and more than 5 years of delay and there are still problems with the most expensive weapons system in history, and the first time $1 trillion is being spent on one weapons system, we need to do a lot better.

So what we are doing by these terrible cost overruns–and the list goes on and on. I will come to the floor one of these days with a long list of programs that did not even reach fruition, that were canceled, such as the Future Combat System Program that the Army was touting for many years, for which we got zero return at a cost, as I recall, of over $3 billion.

Unless we fix this cost overrun problem, the American people will stop supporting spending money on defense. That is just a fact. It is time we in Congress exercised much greater oversight, much greater scrutiny, much greater questioning, both before, during, and after the acquisition process. I strongly recommend the work of inspectors general. I strongly recommend using the Government Accountability Office, which is one of our most important tools. I strongly recommend using committee staffs and sending them to the places where these weapons systems are being assembled to get detailed briefings because this has to stop. I am getting a little bit repetitious over the years saying it has to stop, but when we look at the strains and the challenges around this globe that are taking place now, from the China Sea to Iraq, we are going to have to have a strong national defense. We cannot have that with these outrageous and unacceptable cost overruns.

I yield the floor and I suggest the absence of a quorum”, said McCain