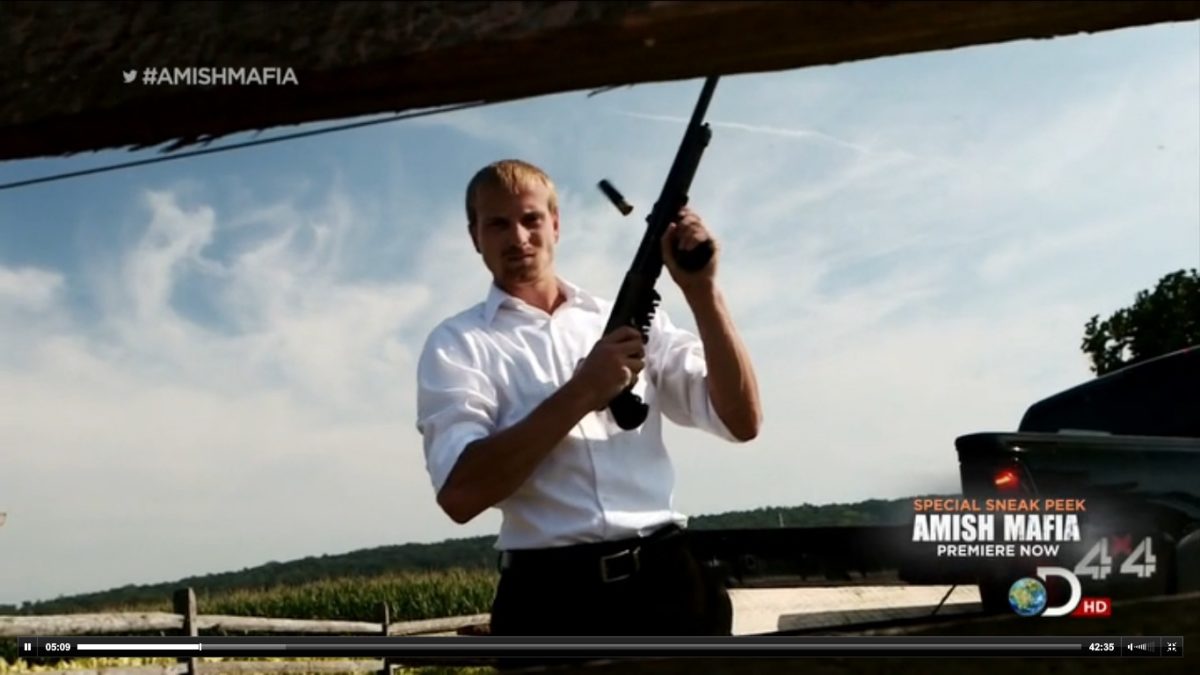 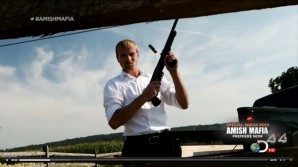 Jolin, claims to be “Mennonite” but acts like a heathen in many cases.

In the hit cable TV show Amish Mafia, Jolin Zimmerman, a Mennonite, breaks a key tenet of his faith by engaging in repeated acts of violence on behalf of Lebanon Levi and his crew. He has also done this is a very public way for the whole world to see.

But for almost 500 years Mennonites have “stood apart” in their opposition to warfare and have expressly discouraged of forbidden its members from participating in warfare and other forms of violence.

Alongcomes Jolin who has in 2 seasons on Amish Mafia blows all that away!

I suppose it wouldn’t be so bad if Jolin wasn’t bringing attention to himself all the time as being “Mennonite”, which is actually an extreme embarrassment to the Mennonite community in Lancaster, Penn. Its also a slap in the face of Mennonites who actually try and live their life in a Christian manner.

Among my Mennonite friends, Jolin is an absolute disgrace.

We would urge him to “repent” from his evil ways.