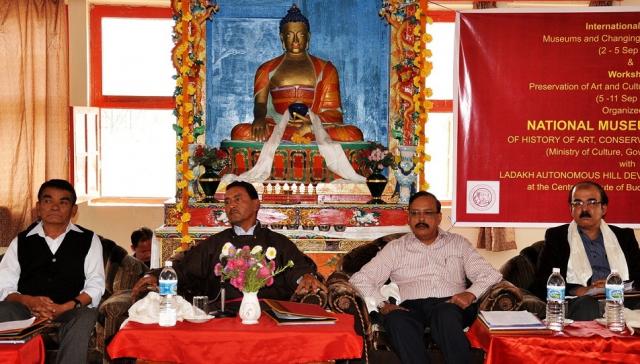 Minister for Tourism and Culture, Nawang Rigzin Jora was the chief guest on the occasion.

In his address, Jora appealed the participating scholars and researchers that in order to make this seminar meaningful and fruitful for the region, they must come up with recommendations and suggestions on how to reform the existing monasteries in Ladakh making them more organized and scientific rather than keeping it just an academic exercise with stress on having a museum.

"When things get institutionalized there is degeneration and today the Monasteries which are our cultural hub and learning centers are in such a state and there is need to bring reforms in them for which you need to study the functioning of these monasteries and look for ways to reform it," Jora maintained.

Highlighting the culture, Jora said only wearing traditional dresses is merely cheating, deception, because they are just a part of tangible culture, a sense of aesthetics but the real culture is intangible facets that we have acquired from our ancestors. He advised the students of CIBS to preserve this form of culture that includes honesty, loving, kindness, compassion, cooperation and root themselves deeply in our culture and continue with our innocence which holds our identity.