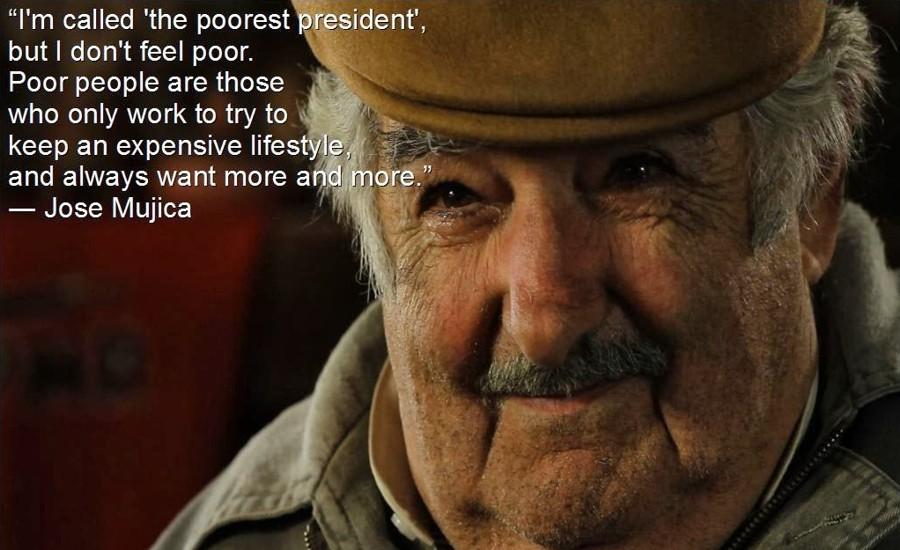 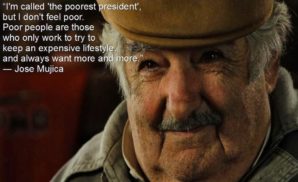 José Alberto “Pepe” Mujica Cordano is stepping down as President of Uruguay.

People are saying goodbye to the beloved leader who discourses on humility and service has inspired hundreds of millions of people around the world. In Uruguay he has reached super star status as one of the most popular presidents in the history of the world. He is an argent defender of freedom with a people centered approached to politics which is most unusual.

He has been described as a “pauper president”, due to his austere lifestyle and his donation of around 90 percent of his $12,000 (£7,500) monthly salary to charities that benefit poor people and small entrepreneurs…

Pepe as he is known by the people if a former guerrilla fighter  and bank robber who spent a total of 13 years in jail, two of them lying at the bottom of an old horse trough, where he was incessantly abused and tortured by jailers

It was an experience that almost broke him mentally and which shaped his transformation from fighter to politician.’ Inner strength’ The personal example of this enigmatic leader remains an inspiration to many and is a reminder that politics is meant to be a humble and honorable profession after all.

“I was imprisoned in solitary [confinement] so the day they put me on a sofa I felt comfortable!” Mr Mujica jokes.

“I’ve no doubt that had I not lived through that I would not be who I am today. Prison, solitary confinement had a huge influence on me. I had to find an inner strength. I couldn’t even read a book for seven, eight years – imagine that!” Source:  http://www.bbc.com/news/world-latin-america-31679475

In September 2013, Mujica addressed the United Nations General Assembly, with a very long discourse devoted to humanity and globalization.

The speech called on the international community to strengthen efforts to preserve the planet for future generations and highlighted the power of the financial systems and the impact of economic fallout on ordinary people. He urged a return to simplicity, with lives founded on human relationships, love, friendship, adventure, solidarity and family, instead of lives shackled to the economy and the markets…