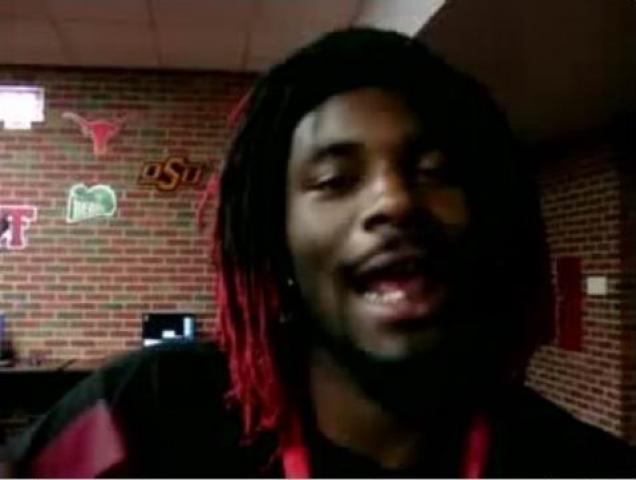 Josh Jarboe, an incoming freshman on the Oklahoma Sooners football team, was kicked off the team by coach Bob Stoops for violent, weapons-related behavior. The red flag was the profanity-laced video you see below in which Josh Jarboe raps about shooting people.

Josh Jarboe was arrested in March for bringing a gun to school and carrying a pistol without a license. This occurred while he was a senior in high school. He was expelled from school but earned his degree by taking online classes. He was found guilty of misdemeanor charges thanks to a judge’s leniency. If the judge kept the original felony charges, Josh Jarboe would not have been able to attend Oklahoma.

The video recently made public has Jarboe saying "I’m from Atlanta where they tote guns and A-Ks" and "shoot you in your head and you might be dead with a halo." You can see the video for yourself by pushing play below.