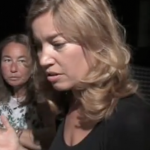 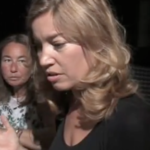 Journalist Andrea Vogt has shown once again where her allegiance lies when it comes to reporting on the Meredith Kercher murder case. In her most recent blog, Vogt repeatedly links to a website that is run by an anti-Amanda Knox hate site member. Vogt enthusiastically promotes the website, writing: “Click here for a short but factual briefing about the Florence appeal.  There are also a number of useful court documents and trial transcripts available in both English and Italian, for background, on the new, easily searchable wikipedia-style site: www.themurderofmeredithkercher.com.”

The wikipedia-style website that Vogt has taken a liking to is owned and operated by an anonymous online poster known only as “McCall.”  McCall is a regular contributor on Perugia Murder File (PMF), an anti-Amanda Knox hate site. PMF has now split (.org and .net) because the original leaders could not get along.

Vogt’s blog makes it clear that she has no intention of changing course, as the media attention heats up once again in preparation of the appeal trial for Amanda Knox and Raffaele Sollecito, which is set to begin at the end of the month. Vogt’s biased reporting can be observed dating back to 2008, when she developed a relationship with PMF’s members, interviewing them as objective sources without disclosing that they had been blogging under fake names about their belief in Knox’s guilt long before her case even went to trial.

You can read an in-depth analysis of Andrea Vogt’s history of biased reporting in my article entitled: “Amanda Knox and the Architects of the Foxy Knoxy Myth.”

It must not be ignored that Andrea Vogt considers these anti-Amanda Knox bloggers to be credible sources. In addition to presenting unqualified biased PMF members as objective experts, she has also promoted their hate sites over the years by posting links in her articles. Vogt has now taken it a step further by promoting McCall’s deceptive website as a credible source for the upcoming appeal.

What makes McCall’s website deceptive?
McCall makes his feelings for Amanda Knox, her friends, and her supporters, very clear while posting on both PMF’s. McCall voices his opinion about Knox while mocking her best friend in this excerpt: “Knox is an oblivious narcissist so she has and always will have trouble making friends. Look at Knox’s best friend and you have a human troll.”

In addition to diagnosing mental issues of complete strangers, McCall is also able to conclude that a majority of Knox supporters are crazy stupid racist homophobes. McCall wrote: “I will say that unlike the Groupies (Knox supporters) you won’t find anything I have posted that is damaging because unlike the majority of the Groupies I’m not a racist or homophobe. I’m also not crazy or stupid.”

Not surprisingly, McCall deceives his readers by neglecting to mention any of his negative opinions on his wikipedia-style website, leaving visitors no reason to think the site’s operator is anything other than an objective analyst of the Meredith Kercher murder case. McCall is being extremely disingenuous with his readers by only presenting the prosecution’s side of the case, with no acknowledgment of that fact. McCall relies on the Massei report as his primary source. Judge Giancarlo Massei presided over the first trial, which led to the wrongful conviction of Knox and Sollecito. Judge Claudio Pratillo Hellmann looked at the same evidence on appeal and came to different conclusions. If McCall’s website was an objective source, it would detail the Hellmann report in the same fashion as Massei, but of course Hellmann is all but ignored by McCall.

I have no objection to advocacy websites. Our organization operates injusticeinperugia.org, a website that advocates for Amanda Knox and Raffaele Sollecito. Unlike McCall, our advocacy is clear as soon as you open the homepage to our website. McCall’s wikipedia format completely masks the true intentions of his site. There is no doubt that Andrea Vogt was well aware of the fact that McCall’s site is completely one sided when she made the decision to write her recent blog promoting the site as a “factual” source.

It appears that Vogt and McCall are developing a good friendship, as both have now shown public support for each other. McCall recently supported Vogt when I posted a completely factual article about her biased reporting on a website called Digital Journal. McCall wrote: “When Bruce tried to publish something on Digital Journal I had it taken down because people do actually consider that a legitimate site with decent traffic.” The article can  be read here on Ground Report: “Amanda Knox reporter Andrea Vogt continues to go to bat for prosecutor Giuliano Mignini.”

Giuliano Mignini is the controversial prosecutor that dreamt up a satanic ritualistic murder fantasy in order to secure convictions against Amanda Knox and Raffaele Sollecito in December of 2009, for the murder of Meredith Kercher.

The article that led McCall to complain to Digital Journal, discusses the fact that Vogt now appears to have become Mignini’s designated blogger. When not writing about‭ ‬Knox, Vogt has been hard at work, doing her best to polish Mignini‭’‬s tarnished reputation. You can read all of the details by clicking on the link to the article above.

I have written for years now that Vogt’s public display of admiration for Giuliano Mignini, along with her association with anti-Knox bloggers, clearly shows that she has taken sides in this case. Vogt has now taken it a step further, actively advocating against Amanda Knox on her blog, making it unethical for her to report on the Meredith Kercher murder case as an objective journalist. Vogt’s articles on this case should no longer appear (as they have in the past) on these or any other respected news sources: The Guardian, The Telegraph, The Week, BBC, Discovery Channel and A & E’s Crime and Investigation Network.

In my opinion, from this point forward, Andrea Vogt should be viewed as nothing more than an anti-Amanda Knox blogger when it comes to her reporting on the Meredith Kercher case.

Filed under: Law, News
Share Tweet Pin G Plus Email
previous article: US embassy of Kathmandu on scrutiny of answers
next article: The Fate of Old Republicans