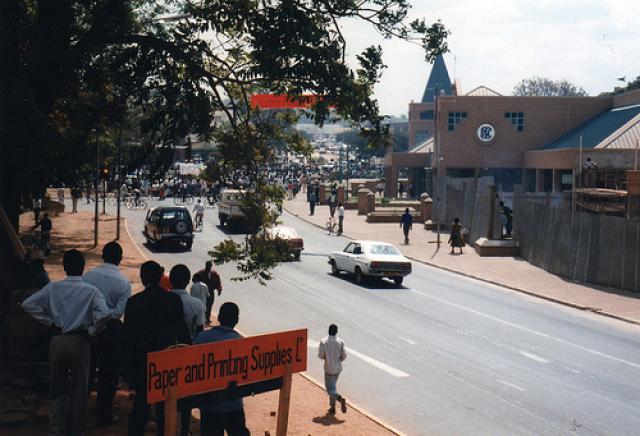 A Malawian journalist, Wananga Tembo, was arrested by the Police on Wednesday.

The journalist , who was released after one hour, said he was arrested after Police accused him of taking pictures without permission.

Tembo is a journalist , and a fourth year student in Journalism at the University of Malawi.

He said he was beaten by the Officer in charge of Mzuzu Police on the chest before his arrest.

His boss, the Bureau Chief for the Mzuzu Blantyre Newspapers Office  and other reporters were forced to leave the Police Station to avoid arrest.

Tembo met his fate when he started taking pictures of a mob of people who had come to see a  police officer arrested by the Anti Corruption Bureau (ACB). It is alleged that the Police Officer was arrested by the ACB after he wanted to get a bribe of K2,000 from a pick pocketer.

Many people gathered around them to see the alleged corrupt officer but when the Officer in Charge heard about it he went to the ACB offices to release his officer.