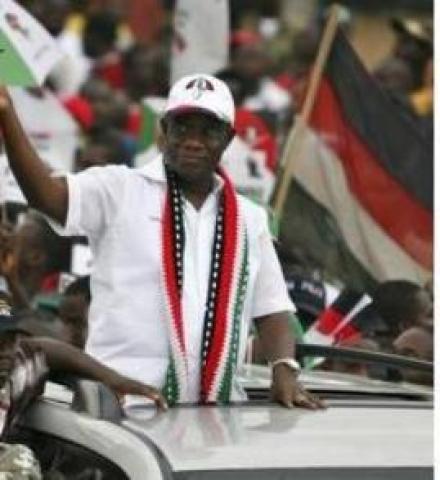 The Chairman of the Ghana Electoral Commision has announced today January 3, as expected the results of the run-off election to elect a president. The winner and the next president is Prof John Evans Atta Mills of the National Democratic Congress. He is expected to take office on January 7.

Prof Mills was one time Vice-President during the second term of the former President Jerry John Rawlings. He went into elections and lost in 2000 and 2004 to the out-going president.

He is the third president of the fourth republic of Ghana. He has promised to invest in people, education and the economy. He wants to see a Ghana where there will be fairnes and opportunity for all no matter their origin or political affiliation.

He will be addressing the press later during the day.