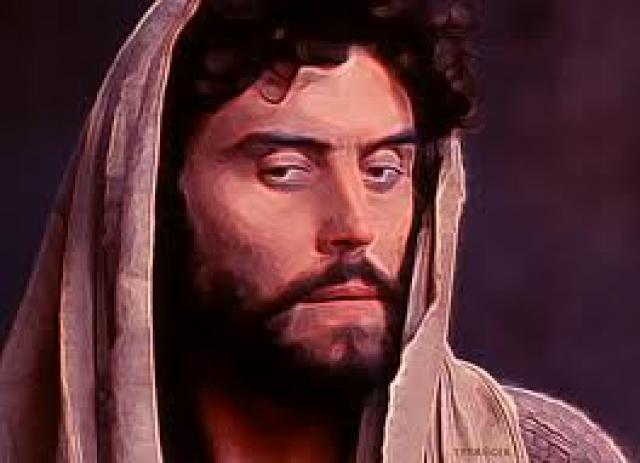 Over the years we have viewed and judged this man Judas as a traitor, and betrayer, as he is reported in The Bible to have betrayed Jesus.

It is time now to take a closer look at this.

“I was Just following orders”

Almighty God, and Jesus Christ The Son of God, being God are onmnipotent and omniscient, meaning that they know all, past present and future.

Therefore before the Old Testament was even thought of let alone written Both Father and Son, knew that for God the Father to be reconciled again with sinful man, Jesus would become the perfect sacrifice, He would have to die and be ressurected in order for sin and death to be defeated.

This was God Our Father’s decision, it was His choice and it was agreed to by Jesus, His Son. This decided, Almighty God reveals to His Prophet that a Messiah would be born, that this Messiah would be handed over to be judged, tortured and killed. God also reveals that the one to turn over the Messiah would accept money for his actions and later repent, but out of remorse for delivering up an innocent man would take his own life. God reveals this to his prophet hundreds of years before Jesus.

Thus Both God and Jesus, would have known that Judas was chosen, pre-destined as the one to flfill the prophecies of the Old Testament, and more, how it was to be carried out, down to the exact moment. This cannot be disputed if we are to believe that God is God.

It would only make sense, with this being said, that God and Jesus, would not ask of any man to do something sinful, that would cost them their opportunity to be with God.

Even long before His time, to be taken and killed, Jesus relates to His Apostles:

It is truth recorded in The Bible, that Judas went to Caiaphas The High Priest of The Jews, and conspired to point out Jesus to Caiaphas’ followers and soldiers, and received 30 pieces of silver for doing what he had to do.

It is also truth recorded in The Bible, that he pointed out his best friend, teacher and master with a kiss. We have to ask ourselves though, “How can this be seen as a betrayal, when Judas was pre-chosen and was merely fulfilling his responsibility as set out by God to God’s Prophet in fulfillment of what was prophesied 400 years earlier. Judas was merely doing what God expected and willed him to do.

It is also truth though and recorded in The Bible that after realizing that he Judas had truly delivered The Christ, The Messiah to his death, Judas repented and gave back the money. Yes, to late to rectify his mistake, but still he repented.

The only thing we have left to look at is the fact, also recorded in The Bible, that Judas committed suicide.

Let’s examine this. Jesus is being crucified as Judas is hanging himself. Before he dies Jesus tells the repentant sinner being crucified next to him, that he will be with Jesus in Paradise. Jesus also asks The Father, “Forgive them for they know not what they do.” He didn’t say forgive those except Judas.

Nobody was present when Judas hung himself. Nobody knows whether in his last dying Breath Judas ask Jesus for His forgiveness, but we do know for a fact that Jesus asked The Father, for the forgiveness of all that sinned against him that day.

It is a little known fact, yet still fact, established through historical documentation like “The Gospel or Epistle of Judas, a non-published Gospel, due to the fact that Judas hung himself, a stigma that could not be attached to the writing of The Bible, that Judas and Jesus were the closest of friends. Jesus was closer to Judas than any of the other Apostles valuing Judas as his closest friend, and shared with Judas secrets that no one else knew.

Does it make any sense that Jesus the omniscient,omnipotent Son of God would share anything let alone some of his most guarded secrets of heaven and eternity, with an enemy,especially if that person had no possible right to redemption? I think not.

It will be my pleasure, when my time comes to shake the hand of Judas, for without him helping to fulfill the prophesies of the old testament, I would not be saved nor would I be in heaven.

Thank you Judas for your contribution to my salvation……..Amen!