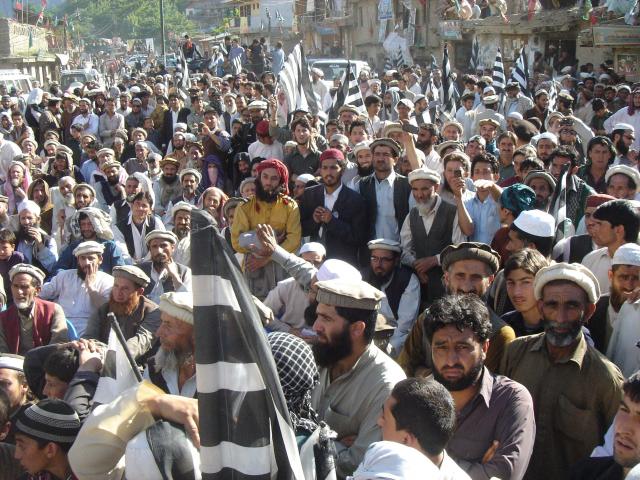 JUI (F) will bring Islamic revolution if they came in power.

CHITRAL:  Jamiat Ulumai Islam Fazal Rehman group will bring Islamic revolution if they came in power. Addressing to a public meeting at Drosh and Ayun Mulvi Hidayatur Rehman candidate from  NA-32, Mulvi Abdul Rehman candidate from  PK89 said that they will bring Islamic revolution in the country if public use their vote in their favor on 11th May. Abdul Rehman said that he approved water supply scheme at Drosh of 130 million rupees similarly he approved up-gradation of RHC hospital at Arandu with a huge amount as well as so many schools were up=graded to high level but PPP and ANP coalition government badly failed to posting staff at these schools. I will appoints staff after electing as MPA he added.  He said that he will open his office at Drosh and will stay here if elected MPA. He also claims that during MMA government he blacktopped 7 kilometers Arandu road but nothing was done after that during the last 5 years. Haji Hider Raza announced to join JUI who remained 21 years with PPP similarly some other politicians also joined JUI on the occasion. Another public meeting was also held at Ayun wher a large number of people including Kalash community attended the public meeting. Sharaf Kalash announced to join JUI and stressed upon other community to support JUI candidate. Elites of Ayun, Abdul Rehman, Hidayatur Rehman and other spoke on the occasion. They said that Ismaili community also assured us to support and they rejected Saleem Khan former provincial minister KPK belong to their community. They assured the people that they will solve their problems after coming in power. A large number of people attended public meetings of JUI.