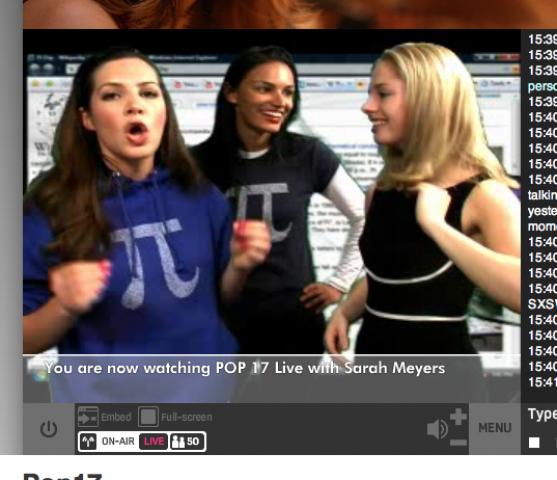 Allison, an Editor-at-Large for Star Magazine who has also been on the receiving end of the gossip machine, spoke about her break from blogging as a time of "reflection."  She also talked about the harsh scrutiny doled on her every action by blogs like Gawker and Valleywag.

She could never have predicted her career track, mentioning that at university she studied political science, and friend Meghan Asha studied business.  "I didn’t go to college to work in the gossip industry," said Allison, "We’re trying to figure our lives out."

Julia Allison frequently makes television appearances and was comfortable on camera, quipping that she could talk all day.  Meghan Asha and host Sarah Meyers were less generous with their personal experiences online, noting writers from Valleywag and C-Net were in the live chat.

The women spoke briefly about Mark Zuckerberg, with Allison saying recently reported criticism was taken out of context.  She asserted that Zuckerberg has "come so far in the past three years," and even proclaimed that "I have the biggest girl-crush on Randy Zuckerberg!"–Mark’s sister. Everyone jokingly agreed that now the blogs would inevitably suggest Allison is a lesbian.

Valleywag did blog about the show, but kept a civil tone.

Allison ended the show on "a positive note," in what nearly sounded like  a plea for amnesty.  "We’re not perfect; we make mistakes," she continued, "Unfortunately our mistakes are catalogued and put up on the web."